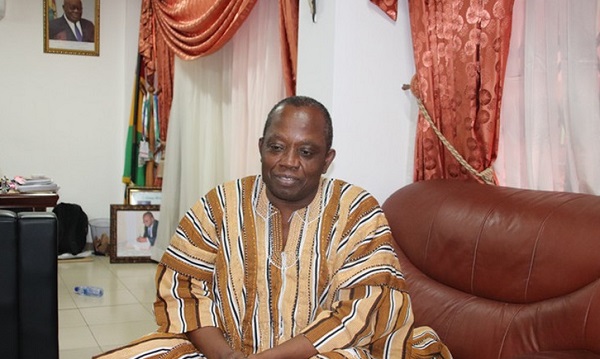 Governance Think-Tank, Ghana Center for Democratic Development (CDD-Ghana) has condemned the decision to lock out the Auditor-General Daniel Domelevo from his own office whiles he is on leave.

Mr Domelevo had visited his office yesterday July 28, 2020, to pick some documents but realised the locks to the door had been changed.

He was directed by President Akufo-Addo to proceed on compulsory leave, a total of 167 days.

Dr. Kojo Asante Director of Advocacy and Policy Engagement at the CDD says locking out the Auditor-General will not help Ghana's course in fight corruption.

"This doesn't make any sense, this is Auditor-General of Ghana and we are treating him bad, I am actually really shocked. I think the President has to reconsider this decision, it is not good for our country and it's image and has to stop".

The Auditor-General was surprised when he passed by the office to pick some documents only to realise that the locks to his office have been changed.

Daniel Yao Domelevo said after he noticed that he couldn’t enter his office on Tuesday afternoon because locks have been changed by the acting on the instructions from the Board.

“If, however you have decided to include your annual leave for the year 2020, then it is expected that you will resume work after a well-deserved leave of 167 working days, with effect from July 1, 2020,” the Presidency explained.

The Office of the President has reiterated its directive for the Auditor-General (A-G) to proceed on his annual leave or risk being subjected to what it described as ‘disciplinary control’ to ensure adherence adding that the move was backed by the law.