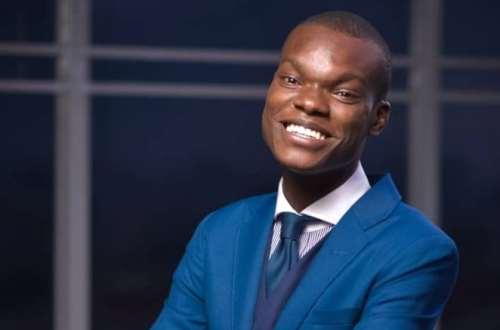 The Ministry of National Security through its investigation committee has withdrawnÂ Lieutenant Colonel Frank Agyeman, and three other policemenÂ over assault on Caleb Kudah.

The report has established that the arrest and subsequent assault of Citi FM's Caleb Kudah by the Director of Operations at the National Security, Lieutenant Colonel Frank Agyeman, and other National Security operatives violated the Ministryâ€™s operating standards.

It has thus decided to reverse the secondment of Colonel Frank Agyeman.

â€œThe secondment of Lieutenant Colonel Frank Agyeman (Director of Operations) at the Ministry has been reversed. The officer is to report to the Chief of Defence for further investigations and appropriate actionâ€ the Ministry said in a statement.

Three police officers involved in the assault have also been withdrawn and instructed to report to the Ghana Police Service for investigation.

The Ministry has promised to â€œinvestigate any complaints against any personnel of its agencies.â€ 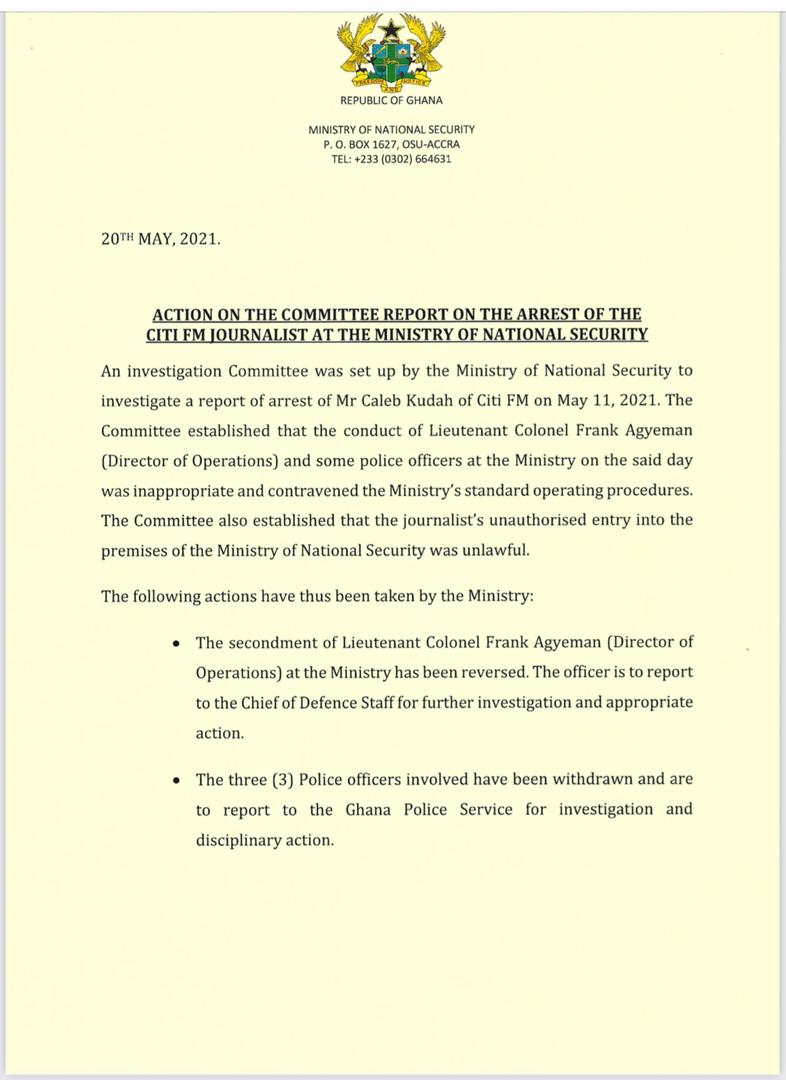 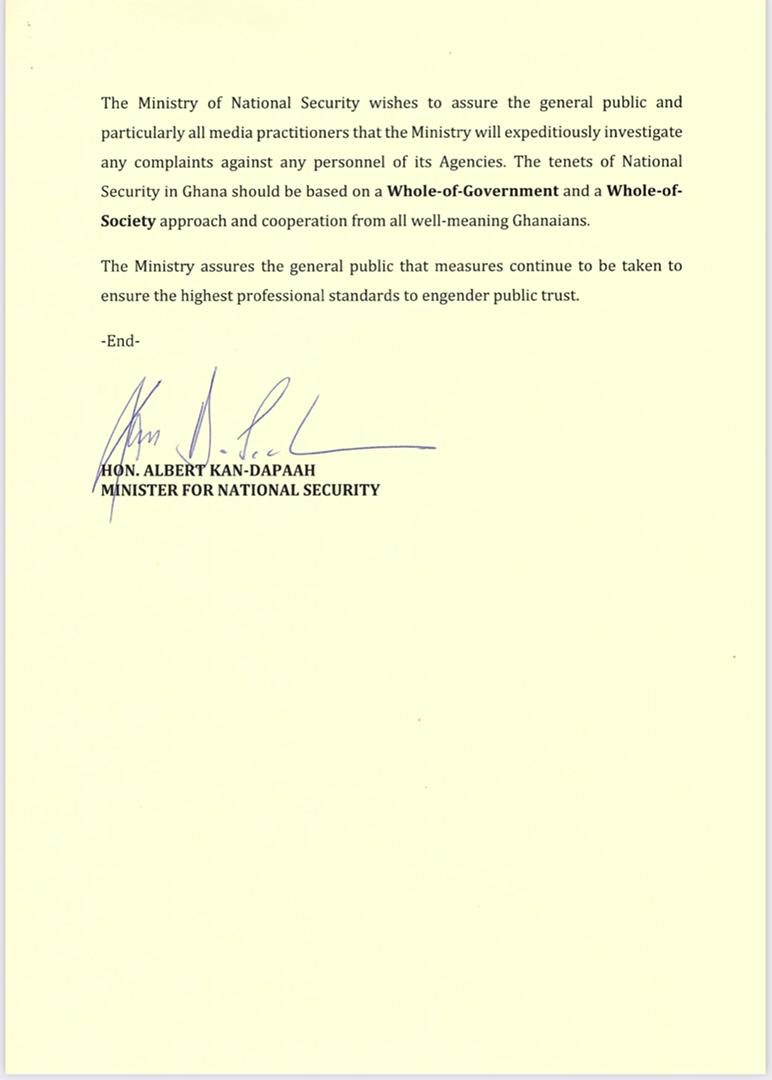 Background
Mr. Caleb Kudah was arrested at the National Security Ministry on Tuesday for filming abandoned MASLOC vehicles parked at the premises of the Ministry.

He was at the Ministry to verify a claim by an official of MASLOC that all the cars had been given out.

This was after Caleb Kudah had complained about the wastage of public funds on social media.

This is because Caleb had forwarded some of the footage he captured to Zoe via WhatsApp.

Mr. Caleb Kudah in an interview with Bernard Avle on The Point Of View on Citi TV indicated that he was slapped several times by the security officers.

About 15 organizations including civil society groups and political parties, had condemned the incident and backed calls for investigations while calling for reforms in the national security setup.