Majority of Ghanaians will support renaming UDS after Rawlings - Akufo-Addo 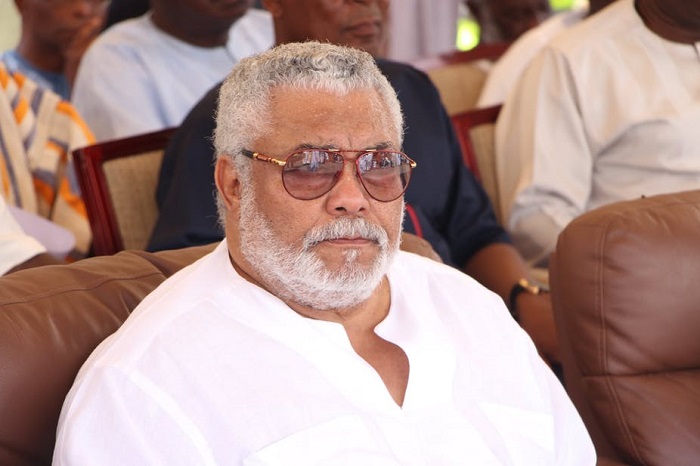 President Akufo-Addo says he is sure majority of Ghanaians will support the idea of renaming the University of Development Studies (UDS) after late former President Jerry John Rawlings.

Former President Rawlings declined an earlier offer from the Akufo-Addo government for the university to be named after him when the proposal was made in 2017.

He is credited for being a pillar behind the establishment of UDS in the early ’90s.

President Akufo-Addo who after Rawlings passed on in the week said: “such an honour should be accorded him.”

Akufo-Addo at a graduation ceremony at the UDS campus in Tamale on Saturday, November 14, 2020, said it is his strong belief that the university should be named after Rawlings despite his earlier rejection.

“The immense amount of work undertaken by President Rawlings and his government resulted in the establishment of this university. In 2017, I indicated to him through the Minister for Education, Matthew Opoku Prempeh my decision to name this university after him. He respectfully declined the honour and offer because of his principle not to have national monuments named after him.”

“Notwithstanding these sentiments, and with all due respect to him, it is my strong belief, which I am sure has the backing of the majority of Ghanaians that such an honour be accorded him,” he insisted.

The late former president in April 2019 asked the Ministry of Education to remove the clause that sought to rename the university in his honour from the new University Bill.

In a statement posted on his Facebook page, Rawlings reiterated his earlier position with which he turned down a similar request two years ago.

President Rawlings, therefore, asked the Education Minister, Matthew Opoku Premepeh to without delay, withdraw that aspect of the Bill before it is laid before Parliament.

“When the proposal for the naming of the UDS was first brought to the former President’s attention by the Education Minister in 2017, he thanked the President and the government for the honour, but politely declined the offer because he had a long-standing principle not to have national monuments and facilities named after him.”

There have been attempts by previous governments to name some national monuments after the First President of the fourth Republic without success.

Despite this, a popular spot in the central business district of Accra has his name around it; Rawlings Circle.