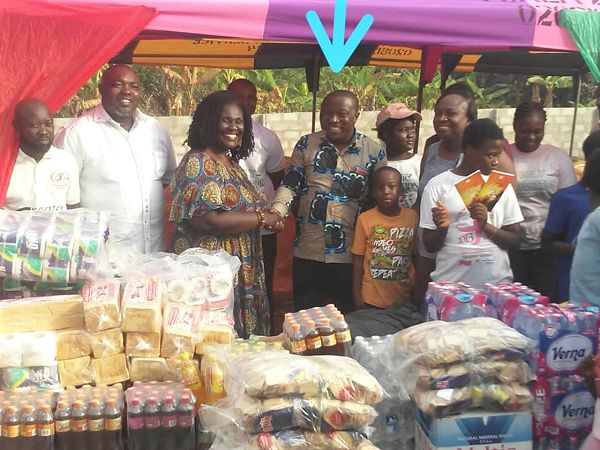 The Founder and Leader of the Springhouse Chapel International, Reverend Ohenese Gyan-Agyei, has called on the Gender, Children and Social Protection Ministry, allied agencies and departments to consider adopting some of the private orphanages and child support organizations, as a majority of them are “seriously struggling.”

According to him, a number of the private orphanages were faced with financial and infrastructural challenges which hindered their operations, and that an adoption by the Gender Ministry would help strengthen them to provide better care and quality education for the children in their care.

"It is not easy to come to this world and not have a mother and a father. And so I would want to appeal to people to get on board and support such noble causes.

There is free education, but I don't know whether it covers them but if the Gender Ministry can adopt some of the homes, it will help strengthen and put them in a better position to provide better care for the children,” he said.

Rev. Gyan-Agyei, who is the founder and leader of the Springhouse Chapel International, made the call in an interaction with the Daily Graphic after the church had donated a consignment of food and clothing to the Potter's Village Orphanage at Dodowa in the Greater Accra Region.

The donation that was made last Friday formed part of activities that marked the 50th birthday of Rev. Gyan-Agyei.

The orphanage is to also receive an undisclosed cash, which is to be presented at a later date.

Rev. Gyan-Agyei explained that the donation was in fulfilment of the biblical injunction on Christians to support the poor and needy in the society, adding that "we came here to visit them, to feed them and to stand with them".

He added that supporting the poor and destitute came with enormous blessings and that people ought to make it a habit to put aside part of whatever they had to support the less privileged.

The founder and President of the Potter's Village Orphanage, Ms. Jane Irina Adu, who received the items, explained that the home, which houses 144 orphans, was established to "mend the broken spirit of those whose hearts are bleeding," for which reason it did not exploit the children in any way.

She thanked the Springhouse Chapel for the gesture and appealed to churches and individuals to come to the aid of the home to complete its infrastructure and defray its debts.