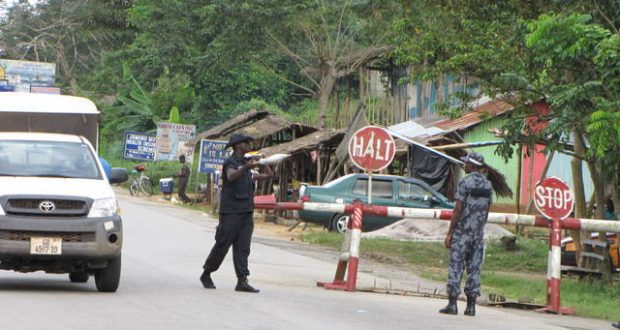 An on-duty Police officer in the Central Region has died after he was ran over by a truck.

According the Central Regional Police, the suspect driver Francis Akese, 50 was in charge of a Samsung Yamouzine Truck vehicle, with the registration number CR 319-11 from Mankessim towards Apam with two persons on board and upon reaching a section of the road near Greenfield Police Snap Check Point refused to stop when signaled and knocked down the officer.

The Police officer was seriously injured and was rushed to Apam Catholic Hospital but died while receiving treatment.

She said the body of the officer has been moved from Gomoa Apam Catholic Hospital to the Police Hospital morgue.