Man posing as a stranded student at UG arrested 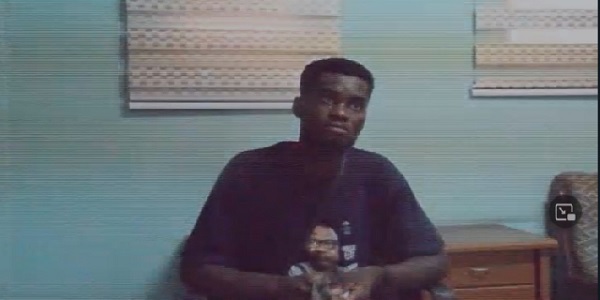 A man posing as a stranded student at the University of Ghana has been arrested by the school’s security.

A statement from the university said the imposter confessed to the offence and said he was hired by some students to pretend he was one of them.

He said he resided at the Commonwealth Hall illegally in the last academic year.

He had a fake student ID number.

The imposter said he was put up to the ploy to court bad press for the school by sleeping in front of Commonwealth Hall.

“It has come to the attention of the management of the University of Ghana that some unscrupulous individuals are influencing students of the university and other persons to pose as stranded former students of Commonwealth Hall”, the statement said.

“One of such persons, being used to attract media attention, was arrested by University Security and has confessed to living in Commonwealth Hall illegally last academic year”.

“He confirmed that he was lured to pose as a stranded student and slept in front of Commonwealth Hall during the night of Monday, January 16, 2023, to gain media attention. He has been handed over to the police for further investigations.”

The university assured the students, their parents and the general public that all former legal residents of Commonwealth Hall and male students of Mensah Sarbah Hall have been duly assigned rooms at UGEL halls.

“Students are encouraged to be alert and report to the appropriate authorities, individuals who seek to entice them to disturb the peace on the University campus”.

“Any student involved in such acts will face appropriate disciplinary processes. We look forward to a fruitful and productive academic year.” 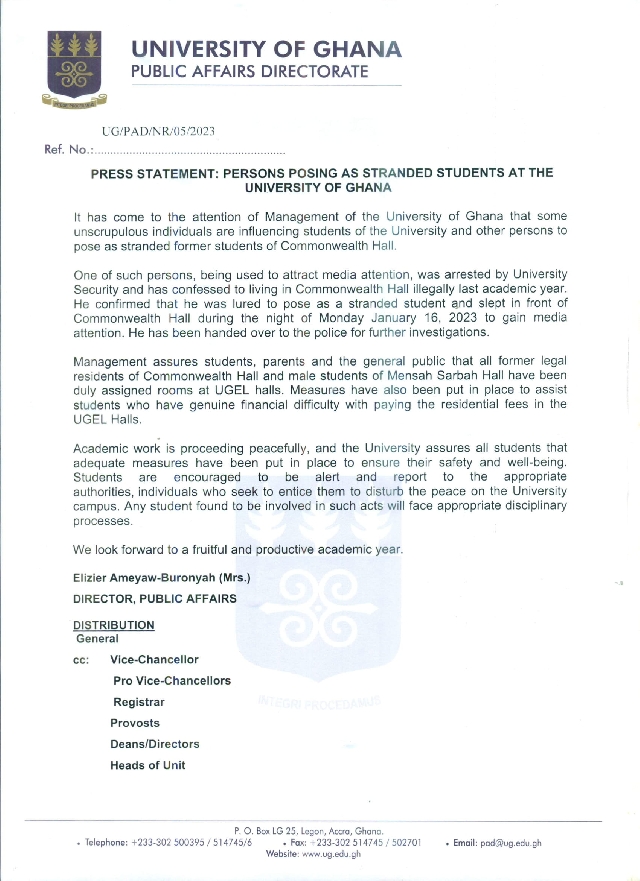