Man shot in the head, vehicle set ablaze at Dzorwulu 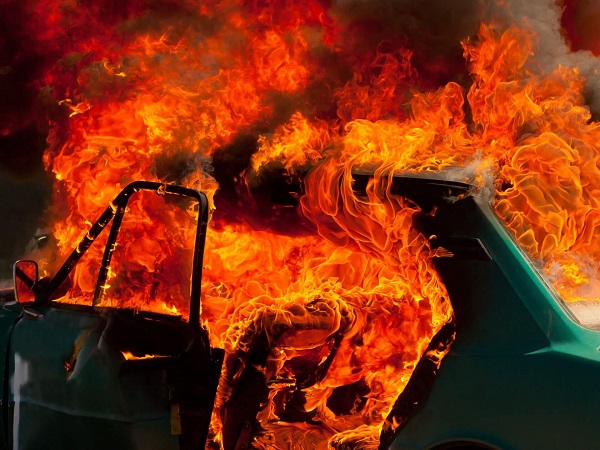 A man was shot in the head by unknown assailants on Monday evening at Dzorwulu in Accra.

The yet-to-be-identified victim, who was driving a Toyota Landcruiser, was shot at the left side of his head and laid motionless in the middle of the street with his shirt drenched in blood.

A few metres away, his car appeared to have slammed into a gutter by the side of the road, with the glasses and windscreen smashed.

The suspected perpetrator of the crime, who was wearing a mask, further set the car ablaze and quickly fled the scene in the company of others as passersby watched on.

The victim, who appeared to be a middle-aged man, wore a polo shirt over a pair of red trousers and sneakers.

Meanwhile, the Ghana Police Service in a statement said they are in control of the situation and calm has since been restored.

"We therefore wish to urge the public to remain calm."