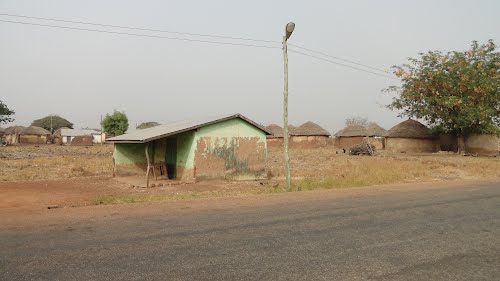 Yendi, the traditional seat of Dagbon in the Northern Region, remains peaceful as the final funeral rites of Yaa Naa Muhamadu Abdulai IV are being observed in line with the canons contained in the roadmap to attaining sustainable peace in the Dagbon Traditional Area.

However, a petition by the Abudu Royal Family on the peace process is creating some uncertainty in the minds of some people as to whether the entire process will be seen through successfully.

According to the petition signed by the Bolin Lana Muhammadu Abdulai, the Abudu Royal Family raised concerns over their inability to occupy some parts of the old Gbewaa Palace and for that matter a full access to the Royal Mausoleum.

“The Gbewaa Palace has not been completely handed over to us.

Some customary rites relating to the funeral can, therefore, not be observed,” they claimed.

The petition, addressed to the Chairman of the Eminent Chiefs, Otumfuo Osei Tutu II, and copied to various bodies, also said the continuous stay of Kampakuya Naa Abdulai Andani at a temporary palace would be a hindrance to the performance of the final funeral rites of Yaa Naa Muhammadu Abdulai.

The petition said a new fence had been erected few metres away to separate the temporary palace from the old Gbewaa Palace.

“It is feared that given the numbers that thronged the palace during the installation of the Bolin Lana, the palace circumambulation process this week could trigger a stampede as a result of the little space left for us by that new fence at the back of the palace.

“In view of the Kampakuya Naa presence in the temporary palace and the people it attracts, we find it a security threat to the sheer numbers the funeral of Yaa Naa Muhamadu Abdulai will pull.

We, therefore, strongly recommend that the Kampakuya Naa be relocated for the period of the performance of the funeral of Naa Muhammadu Abdulai,” it added.

According to the petition, Dagbon was headed towards peace, for which reason all efforts must be made to ensure the performance of the funeral without any distractions.

Attempts to get a response from the Andani Royal Family on the petition were not successful.

Some people, however, implored the Committee of Eminent Chiefs to deal with the emerging concerns expeditiously in order not to jeopardize the peace process.