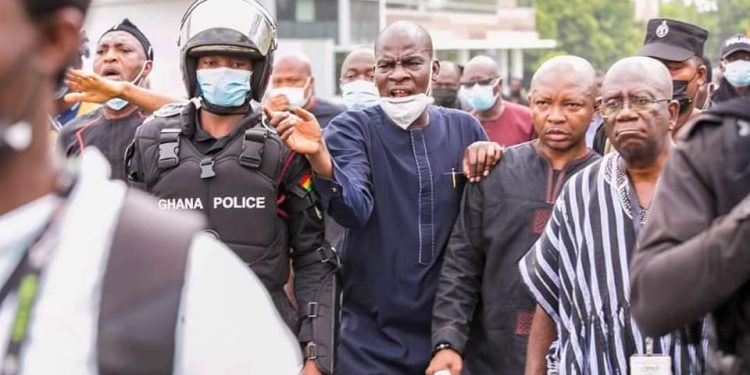 Minority Leader of Parliament, Haruna Iddrisu, and some 19 other NDC MPs will be in court today, January 4, 2021.

This follows a lawsuit against the lawmakers by the State following a decision by the minority caucus to march to the Electoral Commission’s head office in Accra on Tuesday, December 22, 2020.

The Minority caucus led by its leader, Mr. Iddrisu had attempted to storm the headquarters of the EC to present a petition over the results of the 2020 presidential and parliamentary polls.

However, en route to the EC’s office at Ridge, a scuffle ensued as police personnel tried to bar the agitated MPs from going beyond the Ridge Roundabout.

The MPs defied the orders of the police who said they were not aware of any walk by the Minority to the EC office.

They were subsequently sued for breaching the Public Order Act 1994(Act 491), Section 1(1) and (2) and 9(a) and are expected to appear before the Accra Circuit court.