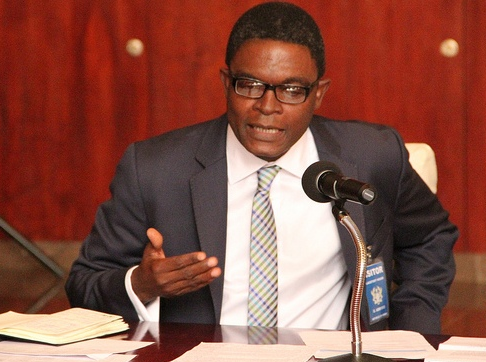 Executive Director for the Institute for Democratic Governance, IDEG says the neutrality allowance being paid to public sector workers is unethical and corrupting.

"I think it's unethical, it is corrupting most of us doing partial work because that is how you help to make the system move forward but we also work over time and some of us are not even in a situation where we get accommodation or anything from the government..."

"This idea that you are neutral and you should be paid so anytime you are not paid does your neutrality shift into partisanship? I think the system is so broken."

The strike by members of the Civil and Local Government Staff Association, Ghana (CLOGSAG), in demand for the payment of their neutrality allowances continues this week.

CLOGSAG laid down their tools on Thursday April 21, 2022, following the inability of government to pay the allowance as agreed upon in January this year.

Most government agencies and departments were affected last week by the strike.

The association has already given indication that they will call off the strike on condition that government makes a commitment to pay them the allowances due them.

“It was noted that the Neutrality Allowance has not been effected as agreed, in spite of official reminders and follow-ups to the Ministry of Finance and Economic Planning,” CLOGSAG noted in a statement last week.

The neutrality allowance is to ensure that civil and local government workers do not engage in partisanship while conducting their affairs when they are in their various offices. It is paid to them to ensure that they discharge their duties professionally without getting involved in partisan activities.

The strike and demand for the allowance has generated public debate with divided opinion on the relevance of such an allowance.

While some contend that government giving in to this demand will open the floodgate for other allowance claims from the state, some believe that such an allowance is important to keep civil and local government workers away from serving based on their political interests.