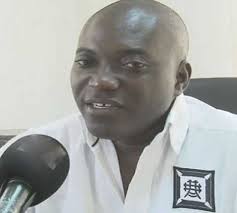 The Deputy Minister for Regional Reorganization, Mr. Martin Adjei Korsah is confident that the creation of new regions will ensure a fair distribution of national resources.

According to him, the creation of the six new regions which received massive 'yes' votes at the referendum, will provide the platform for citizens to get closer to government which will speed up development in those regions.

Speaking in an interview on Starr FM, monitored by Primenewsghana he said: “By getting government closer to our people, we better lives and ensure a fair and balanced distribution of national resources.

"Some people, have lived in a constant bitterness due to the feeling of discrimination, all because they haven’t had a fair share of the national cake. As a result of this, the government is bridging that gap between the people in order to ensure they have their share", he said.

Mr. Korsah said the government will manage expectations of the citizenry by ensuring that all its developmental promises are fulfilled.

“Already the Government has released a hundred and twenty million Ghana Cedis in its budget for next year, as seed capital for a take-off and the subsequent necessary investment will follow”, he said.

He added that the government's commitment to national development is reflected in the amount of money that has been allocated to fund projects.