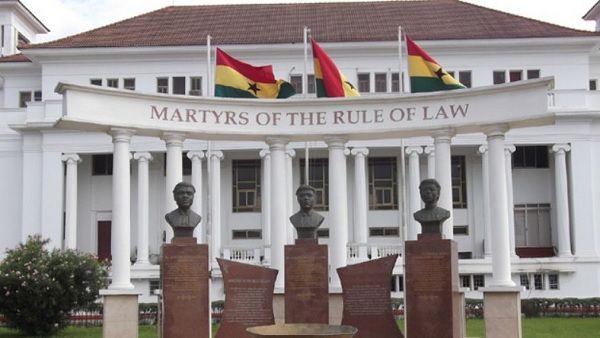 Some Civil Society Organizations have dragged the office of Attorney General and the Ministry of Justice to the Supreme Court over the issues surrounding Auditor General, Daniel Domelevo's leave.

The CSOs are challenging President Akufo-Addo’s decision to direct the Auditor General, Daniel Domelovo to proceed on leave.

They are asking the Supreme Court to rule that the directive issued by the Presidency asking Mr. Domelovo to proceed on leave is inconsistent with the letter and spirit of the constitution.

They also want the court to declare that the appointment or designation of Mr. Johnson Akuamoah Asiedu as “Acting Auditor-General” is void and of no legal effect.

This is the second suit to hit Government on this leave saga.

It will be recalled that on July 4, 2020 President Akufo-Addo extended the leave period of the Auditor-General, Daniel Domelevo from 123 days to 167 effective July 1, 2020.

This came in the wake of concerns raised by Mr. Domelovo over the directive to take his accumulated leave because his work, according to him, is causing an embarrassment to the government.

A letter by Mr Domelevo dated July 3, 2020, outlined a series of reasons why he believes the directive leaves much to be desired including what he described as bad faith on the part of the Presidency.”