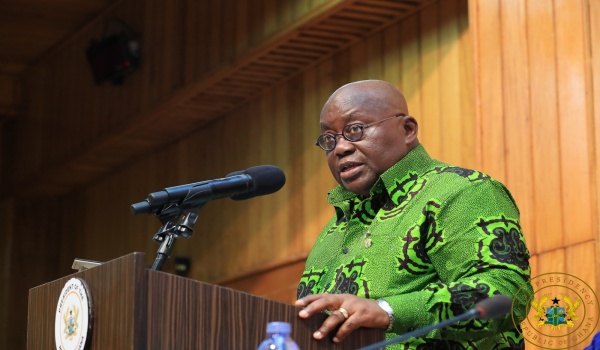 The President in a statement said he has submitted the list of his new government to Parliament today January 21, 2021, for approval.

President Akufo-Addo indicated that the total number of Ministers to be appointed will not exceed eighty-five (85).

He has also “abolished” the Senior Minister position that was occupied by Yaw Osafo Maafo.

The President further stated that he has realigned seven ministries for his second term.

The seven ministries realigned are the Aviation, Business Development, Inner City and Zongo Development, Monitoring and Evaluation, Planning, Regional Re-organisation and Development, and Special Development Initiatives, have been realigned.

The statement explained that “the President has effected this realignment because virtually all these special-purpose Ministries have achieved the purposes for which they were established.”

The President has also decided that there will be no Deputy Regional Ministers in his second term, the statement added. 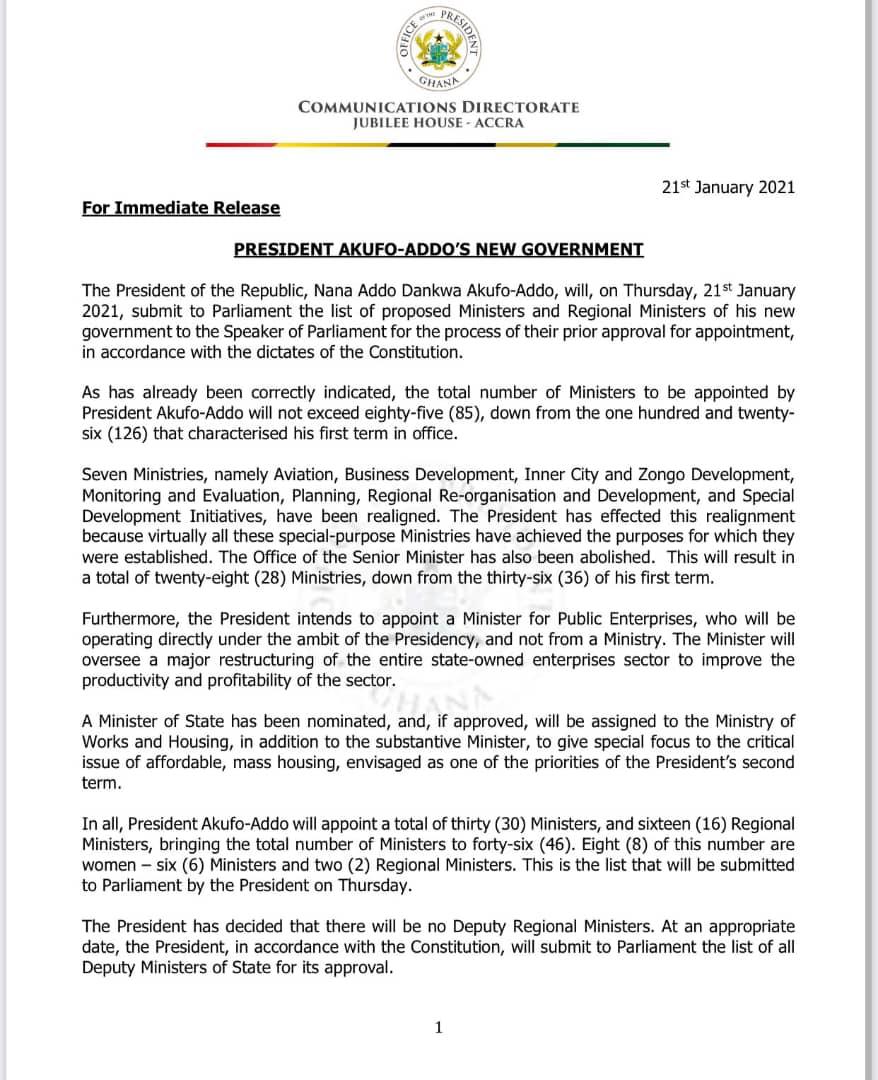 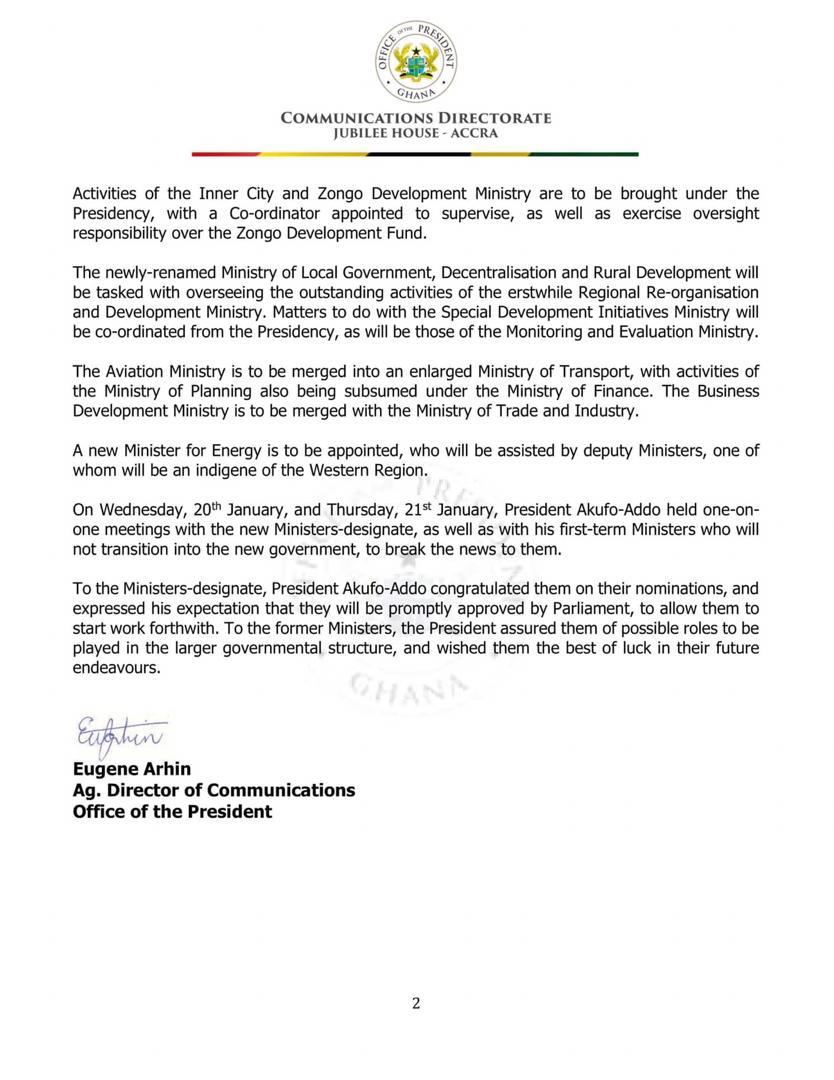