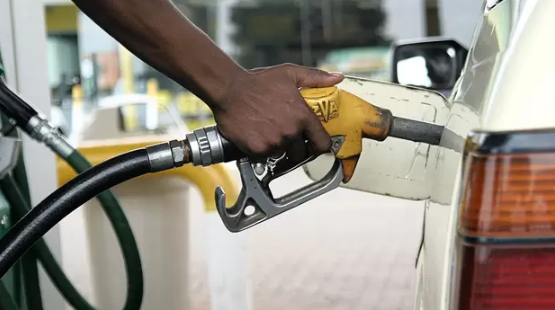 The National Petroleum Authority (NPA) has shut down two petroleum filling stations in the Sekondi-Takoradi metropolis.

This follows overwhelming complaints from customers that the gas and petrol filling stations were under-delivering value to consumers, thereby shortchanging them.

Last Friday’s shutdown brought to four the number of stations the NPA, which regulates the downstream petroleum sector, had shut down this year.

The two other shutdowns took place in Accra and Sunyani, the Bono Regional capital.

The Head of Consumer Services at the NPA, Eunice Budu Nyarko, acting upon directives from the NPA management, ordered the lock-up last Friday following verification by inspectors, who confirmed the complaints from fuel customers.

“Acting on these complaints, the NPA embarked on a surprise visit to some of the stations last Friday to ascertain the genuineness of frequent complaints, and the NPA team realised that some of the fuel stations had readjusted their pumps to cheat customers,” she said.

She said that the complaints would be investigated and the appropriate sanctions applied.

Mrs Nyarko explained that the stations would not be opened until after investigations, and that should they return to operation, they would become subjects of surveillance, meaning NPA inspectors could move in at any time to verify their calibrations.

After the shutdown, she took the opportunity to educate some traders and commercial drivers on their right to complain to the authority any suspected irregularities in the petroleum downstream for it to investigate within 48 hours.

Mrs Nyarko said the NPA was committed to its responsibilities of checking and controlling malpractice that resulted in the loss of revenue and the secondary effect of interference with product quality.

Report suspected issues
“Those of us who use the product and realise that we do not get value for money should not be apathetic but live up to our civic responsibility of immediately reporting fuel stations you visited and suspect them of adjusting their pumps to cheat your customers to the regulator,” she urged.

“The NPA will always protect the interest of stakeholders, consumers, and petroleum service providers,” she said.

She left the authority’s hotlines with the customers and said they could lodge complaints throughout the day.

“Let me assure you again that when complaints are made within 48 hours of the purchase of fuel, prompt investigations are carried out and the truth established before that product is sold out,” she said.

“Consumers must report within 48 hours. If we delay, we may risk the loss of evidence; consumers should report and then we act immediately,” Mrs Nyarko said.

She further advised the public to buy fuel from functional filling stations, since those stations were frequently monitored by the NPA and so the quality of their products could be guaranteed.

An official of the Western Regional NPA Office, Cindy Andoh-Davies, entreated consumers to adhere to safety protocols to prevent explosions.

Consumers who spoke with the Daily Graphic commended the NPA for acting at a critical moment when fuel prices were continually going up.

“Sometimes we buy fuel but within a short time it gets finished and we always wonder if the product is running faster than the price itself,” one driver, Kwabena Inkoom, lamented.