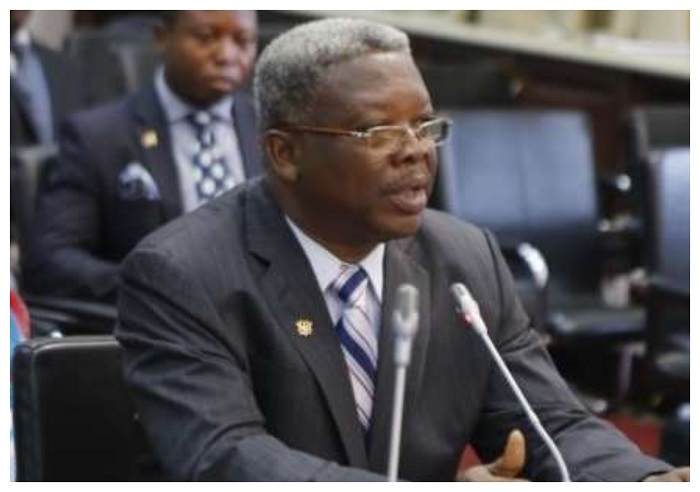 Supreme Court Judge, Justice Yaw Appau, has said Ghana needs a strong and forward-looking political leadership if the fight against corruption would be won.

Speaking at a lecture organised by the Centre for Social Justice (CSJ) in Accra on May 12, 2021, Justice Appau said Ghanaâ€™s Presidents must stamp their authority to successfully rid the country of corruption.

â€œOur Presidents must be bold enough to strike when the iron is red hot, irrespective of whose ox is being gored. Their only limitation must be the Constitution, which is the supreme law of the land from which they derive their authority,â€ he said.

â€œNobody must be made to appear to be above the law,â€ he added.

The lecture, which was on the theme: â€œUprooting Public Sector and Political Corruption in Ghana,â€ was CSJâ€™s eighth edition of its flagship Leadership Dialogue Series.

The government, he emphasised must revisit the call for a political campaign funding bill as recommended by the Judgement Debt Commission which he chaired as Sole Commissioner.

â€œThe funding of political activities and election campaigns has become a major source of corruption in public office,â€ he observed.

â€œParty patrons sponsor candidates to become members of parliament and Presidential candidates...Others are sponsored to become metropolitan, municipal and district chief executives. When such candidates succeed in winning elections or get appointed, then it is â€˜paybackâ€™ time for the patrons.

â€œThis is usually carried out by awarding dubious contracts to such cronies, which lead to unlawful abrogation of existing ones awarded by previous governments. Contracting parties that suffer such ordeals normally end up in courts where they manage to secure undefended judgments against the State, in most cases after the abrogating authorities have existed from power. Such judgments carry heavy penalties, sometimes fictitious,â€ he stated.

According to Justice Appau, â€œa political campaign funding bill is therefore required to stem these sources of corruption, which in the long run, generate huge debts to the State.â€

Â â€œOur Political Parties must strictly comply with the provisions of article 55 of the 1992 Constitution and the Political Parties Act, 2000 [Act 574] on the organisation of political parties in the country,â€ he added.

He said every government or public institution must be compelled to report annually on steps it has taken to reduce corruption.

â€œIt is high time public office holders, particularly heads of departments, agencies and all public institutions, were periodically called upon to account,â€ he stressed.

He also recommended the setting up of a national goal to guide governments in the anti-graft efforts.

According to him, this national goal should be a task for the National Development Planning Commission (NDPC), whose composition must be national in character embodying all our political parties and civil society organisations.

Ghana's score and ranking on the Transparency International Corruption Perceptions Index since 2006 has improved slightly, ranked higher than Italy and Brazil, however, there is a growing perception in Ghana that government-related corruption is on the rise, which ranked 64th in 2012.

Even though corruption in Ghana is relatively low when compared to other countries in Africa, businesses frequently quote corruption as an obstacle to doing business in the country. Corruption occurs often in locally funded contracts; companies are subject to bribes when operating in rural areas.