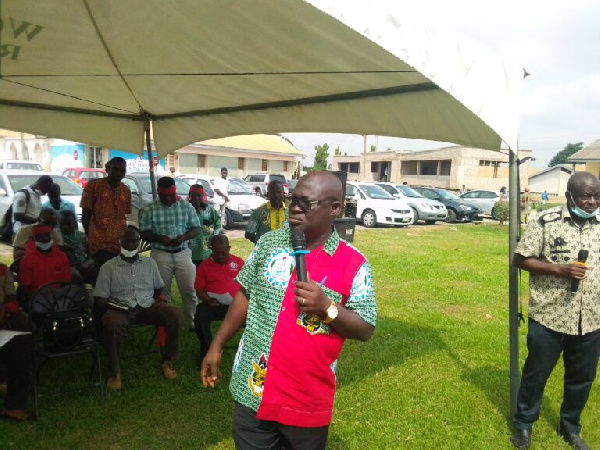 The Chairman of the KNUST branch of the Teachers and Education Workers’ Union (TEWU) has brushed off claims that their strike is politically motivated.

TEWU has begun its nationwide strike on January 13, 2021, in demand of better conditions of service.

Their strike happened over failure by the Fair Wages and Salaries Commission (FWSC) to conclude negotiations on their demand for better conditions of service.

Some stakeholders have made claims that the strike is being done because of a political motive this he has quashed.

“Its unfortunate people are saying our action is politically motivated…we could have done this before the 2020 elections but we are a labour union-backed by law to protect the social rights of our members and so the President has now been sworn in and we are asking him to pay us”.

However, the Fair Wages and Salaries Commission has described the strike action by TEWU as illegal.

CEO of the Commission Dr Edward Kwapong said they have not even come to a deadlock for TEWU to embark on strike action.

"We've not come to a deadlock for a party to say they are going on a strike. Even if there is a deadlock you first go to the National Labour Commission for them to meditate and give a ruling. So it is an illegal strike and we know the effect of an illegal strike on the members of the Union."

TEWU have not given a timeline on when they will end their strike.