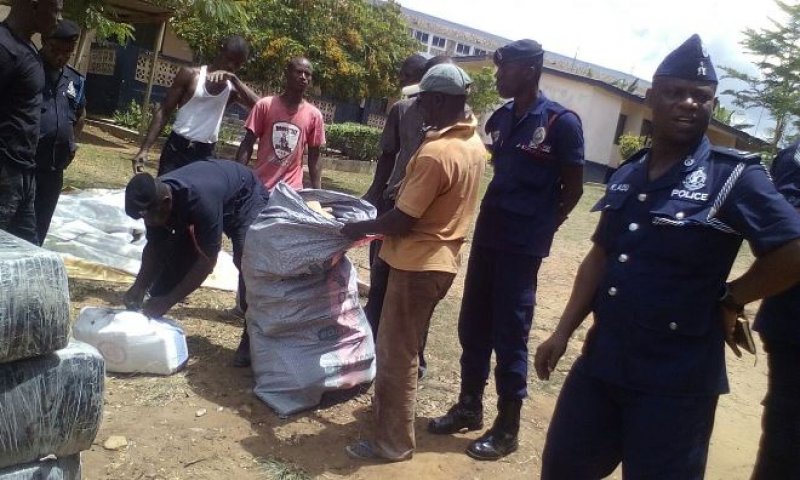 In their bid to outsmart security personnel, Indian hemp smugglers have resorted to many forms of packaging their products.

The Akropong Divisional Police Command in the Eastern Region on Wednesday intercepted truckload of dried leaves suspected to be Indian hemp unconventionally wrapped with MTN logo and cement bags.

According to Chief Superintendent Charles Kofi Adu, Akropong Divisional Commander,  the police were on their normal patrols on the Asseseaso-Somanya road where the truck plied and they made the arrest.

Chief Superintedent Adu disclosed that there were three passengers including the driver who abandoned the Hyundai truck with registration number WR 3991-14.

According to him, 64 bags of cement were loaded on the bags of wee on the truck, to serve as smokescreens. He added that the truck contained 10 MTN branded parcels, 35 cartons and 84 other slabs all fully loaded with weed. Supt. Adu added that investigation was ongoing and that all attempts will be made to arrest suspects who are at large, atinkafmonline reported

The International Monetary Fund, IMF in a statement after a team led by Carlo…