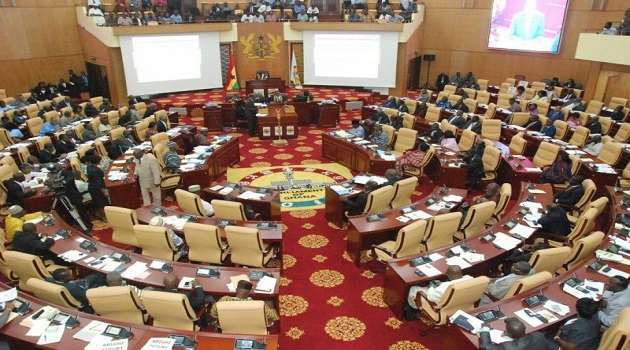 The Member of Parliament (MP) for Builsa South, Dr. Clement Apaak has called for the immediate shutdown of Parliament.

This comes on the back of some Members of Parliament and staff testing positive for Covid-19.

Mr Apaak in a post via his social media handle believes the best option is a total shut down and this will help curb the spread even though the Speaker Alban Bagbin has announced the house will only sit twice in a week.

“15 MPs and 56 staff of parliament have tested positive for COVID-19. The best option is to shut down Parliament. We don’t know the IDs of those positive, who still attended Parliament. Shut down Parliament, all MPs and staff, self-isolate. Get us tested after 14 days, then we resume if negative.”

The Speaker, Alban Bagbin, announced this on Thursday, February 4, 2021, that some 15 MPs and 56 parliamentary staff tested positive for COVID-19 after a recent round of testing.

For the infected MPs, he said “all the 15 members have been contacted and advised to self-isolate. They have also been given prescriptions to facilitate their recovery.”

The Speaker added that sittings will be on Tuesdays and Thursdays.