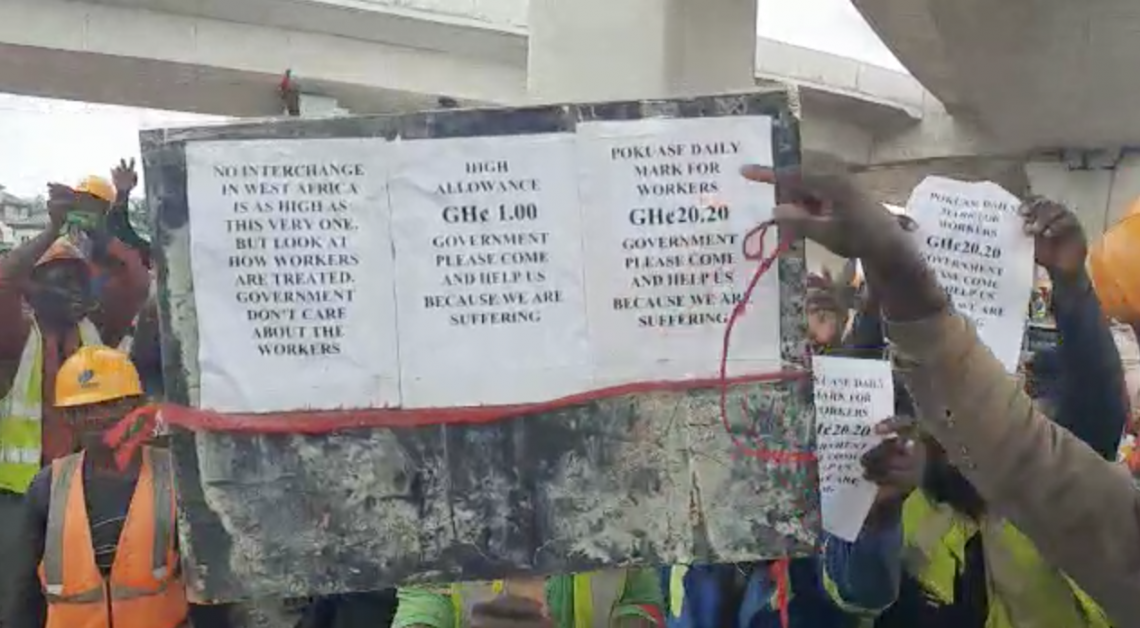 Workers on the Pokuase Interchange have laid down their tools to demand an increment in their daily wages.

They want their GHS20.20 daily wage increased by at least 75 percent before calling off their strike.

They say they have complained about their concerns to their management but nothing has been done so far.

Spokesperson for the workers, Evans Gyimah, said the workers also desired other upgrades to their working conditions in addition to an improved wage structure.

“We are crying for an increment and also the conditions of the work. They have to protect us,” he said.

Mr. Gyimah complained that the contractors have for example not provided personal protection equipment for them to use.

He further decried the lack of opportunities for health check-ups ahead of the completion of the project.

“By December the workers will leave here, and he may be going home with sickness,” he noted.

“Chinese are fond of cutting. When you are working you get tired. We are human beings. You can not work like a bull works. But they will cut us.”

Though there have been suggestions that the protest may escalate and lead to the blocking of major roads in their vicinity, Mr. Gyimah said: “We haven’t got to that point yet because no one is above the law.”