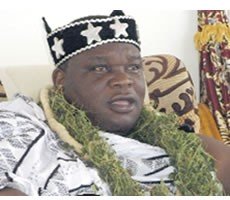 Chief of Gbese Traditional Area in Accra, Nii Ayi Bonte, is now under an intense pressure from some Ghanaians especially supporters of the New Patriotic party following his promise to relinquish his throne if New Patriotic Party (NPP) emerge winner of the presidential poll.

Nii Ayi Bonte known in private life as Tommy Okine stated categorically at the ground-breaking ceremony for the renovation of the Salaga market in Accra that President John Mahama would win the December 7 poll.

Speaking in Ga language, he said “He [President Mahama] is delivering the work given him. Whatever he came to do, he is not done yet. By 6 p.m on Wednesday [Election Day] we will turn Ghana upside down [in victory celebration],”

“Victory is ours. I am telling you that if victory is not ours I, Nii Ayi Bonte will step down. I am convinced we will win hands down,” he emphasized.

Chief of Staff, Julius Debrah who stood in the stead of the President Mahama at the ceremony said he is enthused and convinced by the chief’s statement and therefore he is without doubt that NDC would win the December polls

“'I am very happy that for the first time a Chief has confirmed the President will be re-elected and has sworn by his stool that if he loses he will abdicate his stool,'

Mr. Julius Debrah guaranteed Nii Ayi Bonte that, 'The God we serve will not make him lose his seat because he [the President] will be re-elected.' 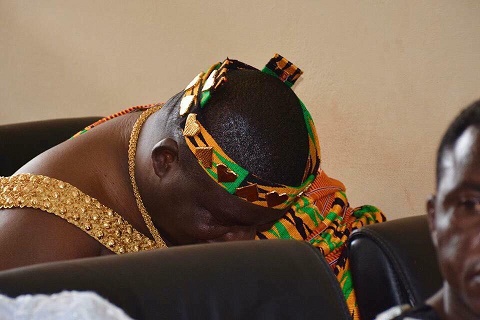 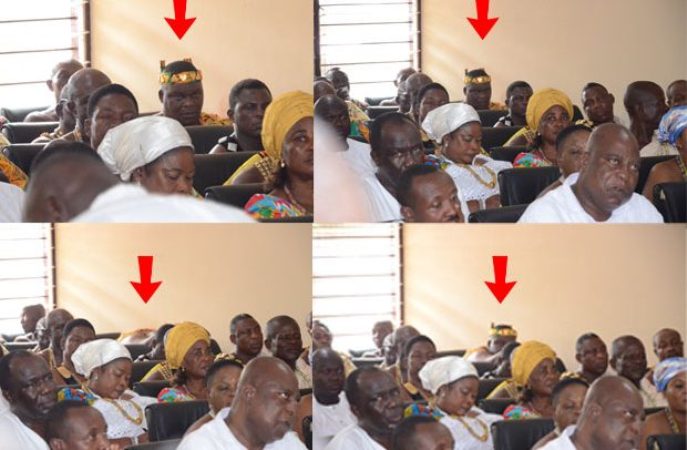 President-elect, Nana Addo Dankwa Akufo-Addo, paid a visit to Greater Accra Regional House of Chiefs after emerging victor in the just ended December polls where Chief of Gbese Traditional Area in Accra, Nii Ayi Bonte was part of the audience who met President-elect, Nana Addo. Nii Ayi Bonte though present but was lost than ever because of his promise ahead of the December 7 polls.

Pressure from social media keeps own increase as some section of Ghanaians are calling for Chief of Gbese Traditional Area in Accra, Nii Ayi Bonte to step down as he promised.

Will Mr Okine take responsibility for his promise and abdicate his throne?