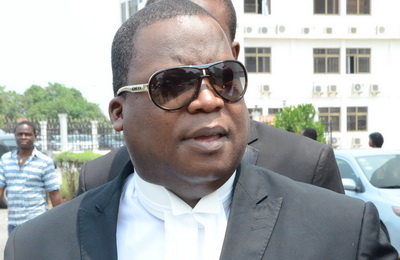 NPP Parliamentary aspirant for the Korle Klottey constituency in the just ended December polls and a member of the legal team of the NPP, Lawyer Philip Addison has describe the appointment of Mr. Joseph Whittal and Ms. Josephine Nkrumah as the Commissioner of the Commission for Human Rights and Administrative Justice (CHRAJ) and the Chairperson of National Commission for Civic Education (NCCE) respectively by the outgoing President John Mahama as arbitrary exercise of discretionary power.

Speaking on 3FM, Lawyer Philip Addison said, the new appointees have being acting in their various capacities for a year or more, and because President Mahama has no confident in them, he did not confirm them.

He added that, he confirming them with less than a month to leave office as President of Ghana is a deliberate attempt to saddle the incoming government with people he the outgoing President does not have confidence in them.
Furthermore, Lawyer Philip Addison said, he has file a law suit challenging the authority of the recent appointments, signing of new contract and increment in allowances by the seemingly ex-President John Mahama – led administration.

He also revealed that, the court has served the government with the suit and the injunction application is set to be heard on January 24 2017.