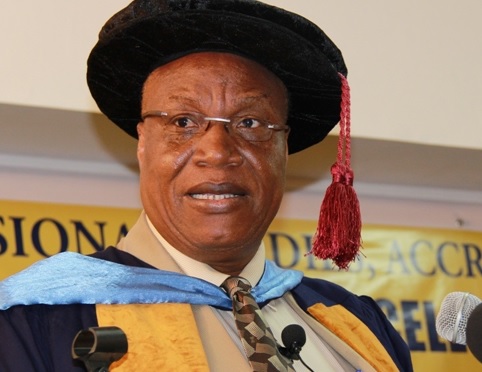 Former Vice-Chancellor of the University for Professional Studies (UPSA), Professor Joshua Alabi, has disclosed that he was not contacted to respond to the Auditor-General’s report which made adverse findings against him and demanded that he refunds GHȻ300,000 to the university.

The Acting Auditor-General, Johnson Akuamoah Asiedu, in the audited report of public boards, corporations and other statutory institutions ending December 2019, directed that Prof. Alabi be made to refund the money which was expended in the procurement of legal services between 2014 and 2017 without evidence of work.

“We noted during our review that, Management of UPSA, Accra, signed a retainer agreement dated 16th March 2014 and paid an amount of GH¢263,670.00 to Lithur Brew and Company a law firm as a retainer fees without evidence of the provision of any legal services to the University. We advised that, the former Vice Chancellor; Prof. Joshua Alabi and Lithur Brew and company be made to refund the amount with an interest at the prevailing Bank of Ghana interest rate”, the report said.

But Prof. Alabi says the Auditor-General’s work was a done in a shoddy manner without regard to fair hearing.

“In the first place when you do an audit and someone has questions to answer, you need to let the person know so that the person can respond, when you’re not satisfied, then you can come out with your report, I believe that’s what’s supposed to be done”, he told 3FM.

Asked if he was not given an opportunity at all to respond to the audit, he said “I was not consulted, so I also called Mr. Tony Lither to find out because he has also been asked to pay part of the money, itwas also news to him”.

He said Tony Lither was duly contracted as solicitor for the university and he worked as such. According to him, all the documents are available to show that he worked including representing the university in court on a number of cases.