Profiles of previous First Families of the Fourth Republic 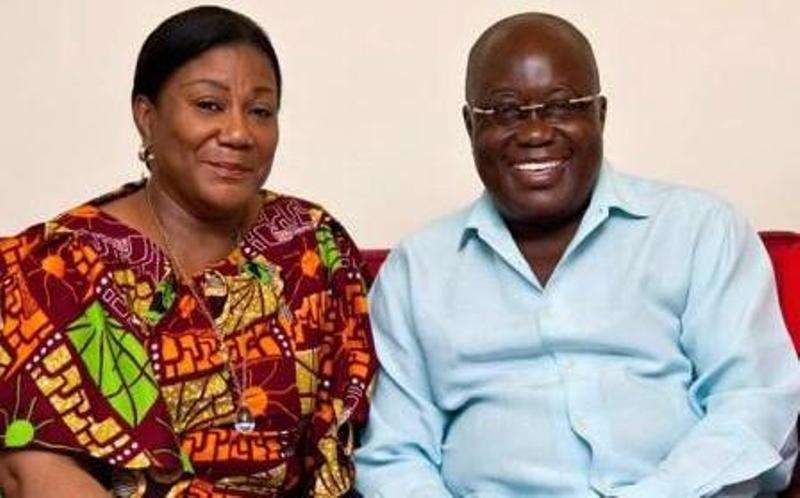 President-elect, Nana Addo Dankwa Akufo-Addo, will be sworn into office tomorrow, January 7, 2017. He will become the fifth President of the Fourth Republic. We bring you brief profiles of the previous First Families.

Jerry John Rawlings was the first President of the Fourth Republic of Ghana. He was born on June 22, 1947, at Adabraka, Accra.

His father, James Ramsey John, from Scotland, worked as a chemist in the then Gold Coast, and his mother, Ms Victoria Agbotui, from Dzelukope in the Volta Region, was the Head of the catering department at the State House in Accra. With his passion for flying, he enlisted as a Flight Cadet of the Ghana Air Force in August 1967 and was subsequently selected for Officer Cadet Training at the Ghana Military Academy and Training School at Teshie, Accra. He was posted to the Takoradi Air Force Base in the Western Region in 1968 as part of his training. In January 1969, he passed out as a commissioned Fighter Pilot Officer of the Ghana Air Force and was awarded the ‘Speed Bird Trophy’ for his outstanding airmanship.

He married Nana Konadu Agyeman in January 1977 and they have four children: Zanetor, Yaa Asantewaa, Amina and Kimathi.

Nana Konadu was born on November 17, 1948 to Mr and Mrs J.O.T. Agyeman. She schooled at Achimota School, where she met her future husband, Jerry John Rawlings. She continued at the Kwame Nkrumah University of Science and Technology where she read Arts, specialising in textiles. She was a student leader and an executive of her hall of residence, Africa Hall.

Nana Konadu got married to Jerry John Rawlings, an Airforce Officer, in 1977.

She came into the political limelight when her husband became Head of State briefly in 1979 and then from 1981 to 2001. She has been the President of the 31st December Women's Movement since 1982 to date. She was elected First Vice-Chairperson of the National Democratic Congress (NDC) in 2009 during the second term of the party's tenure in office under President John Atta Mills. She challenged Atta Mills for the NDC's flagbearer position at the party’s congress in Sunyani in the Brong Ahafo Region in 2011 but lost.

John Agyekum Kufuor was the second President of the Fourth Republic of Ghana. He was born on December 8, 1938 in Kumasi.  He is the seventh of 10 children to Nana Kwadwo Agyekum, the Head of the Oyoko royal family, and Nana Ama Dapaah, a queen mother.

The family has royal Asante lineage. Kufuor was raised by his mother. At the time, Kwame Nkrumah had a vision of a unified Ghana that  some perceived to have chords of socialism and dictatorship. Kufuor's mother was completely against such a thing, and before long, Kufuor's home became the centre for people who were opposed to Nkrumah's plans for Ghana.

The group called themselves the Asante Movement, although they later renamed themselves the National Liberation Movement. The group originated in Kufuor's home, so he was introduced at an early age to many leaders of the liberal movement. He attended  Prempeh College in Kumasi in 1959 and went on to study law at Lincoln's Inn in London, England. He passed his bar exam in 1961 and proceeded to Exeter College at Oxford University to pursue legal studies. After only one year of studying law, however, Kufuor realised that his passion lay not in the law but in politics. He switched degrees and studied philosophy, politics and economics.

Mrs Theresa Kufuor, born on December 18, 1937, is the wife of John Kufuor, the second President of the Fourth Republic of Ghana.

She started her education at the Catholic Convent, OLA, in Keta in the Volta Region. She later went to London where she was educated as a Registered General Nurse in the Southern Hospital Group of Nursing, Edinburgh, Scotland.

Mr and Mrs Kufuor worship with the Roman Catholic Church and have five children.

Despite being the First Lady of Ghana for eight years between 2001 and 2009, she has managed to maintain a low profile in the political arena. In 2007, she pushed for policy changes in the government's white paper on Educational Reforms towards the implementation of the United Nations Educational, Scientific and Cultural Organisation’s (UNESCO's) Free Compulsory Universal Basic Education (FCUBE) programme for kindergarten children.

She founded the Mother and Child Community Development Foundation (MCCDF), a non-governmental organisation that ensures a comprehensive system of early child development programmes and services across Ghana.

He was inaugurated on January 7, 2009, having defeated the ruling party’s candidate, Nana Akufo-Addo in the 2008 election. Previously, he was Vice-President from 1997 to 2001 under President Jerry Rawlings, and he stood unsuccessfully in the 2000 and 2004 presidential elections as the candidate of the NDC.

John Mills hailed from the town of Ekumfi Otuam in the Mfantsiman East constituency of the Central Region. He attended Achimota School for his secondary education and the University of Ghana, Legon, where he completed a Bachelor of Law degree, LLB and a professional law certificate in 1967. Mills studied at the London School of Economics and Political Science where he obtained an LLM in 1968 and earned a PhD in Law at the Law School of the School of Oriental and African Studies, University of London after completing his doctoral thesis in the field of taxation and economic development in 1971 at the age of 27. Even during his career in politics, he was sometimes called by the nickname The Prof., a reference to his long academic career. His political supporters also called him ‘Asomdweehene’, meaning 'King of Peace' in the Akan language.

He was married to Ernestina Naadu Mills, an educator, and had a son, Sam Kofi Atta Mills.

Ernestina Naadu Mills was born in Accra to Cornelius Teye Botchway and Madam Alberta Abetso Abbey, and attended Aburi Girls’ Secondary School. She spent two years training as a teacher at the Specialist Training College (STC) in Winneba, taught at Kotobabi (One) Mixed Middle School for two years, and then returned to STC to obtain a Diploma in Home Economics. After graduating, she returned to Aburi Girls’ Secondary School to teach Clothing and Textile Design for nine years. She is the recipient of a Humanitarian award from the Health Legend Foundation.

The fourth President of Ghana under the Fourth Republic, John Mahama launched himself into the history books as the first President to have succeeded the President following the sudden death of his predecessor.

The then Vice-President assumed full responsibility as the substantive President to serve the rest of the term in office. From his early life, few people would have foreseen his future leadership and vision; however, his early life helped shape his political career.

Mahama succeeded to the presidency by virtue of being the Vice-President following the death of the then President John Evans Atta mills on July 24, 2012.

Incidentally, Mahama is the fourth person named John to ascend to the high office of Ghana’s presidency. The first was Jerry John Rawlings; the second was John Agyekum Kufuor, while the third one was John Atta Mills. The fourth President of Ghana under the Fourth Republic, John Mahama and wife

Mahama’s father was the first member of Parliament for the West Gonja constituency and also the first regional commissioner for the Northern Region in the First Republic of Ghana.

Mahama attended Tamale’s Ghana Secondary School and then the University of Ghana, Legon. He later went to the Institute of Social Sciences in Moscow for further studies.

After finishing his education, Mahama returned home and worked as the Culture, Information and Research officer from 1991 to 1996 at the Japanese Embassy in Accra. From this post, he went to Ghana’s Country Office of PLAN International, a non-governmental organisation, where he held the post of a Sponsorship Communications, International Relations and Grants manager.

He contested in the December 7, 2012 Election and won. Mahama is married to Lordina Mahama and they have seven children.

Lordina Mahama was born on March 6, 1963.  Prior to becoming First Lady, Lordina Mahama's husband served as a member of the Parliament of Ghana representing the Bole/Bamboi constituency in the 2000s.

She was born Lordina Effah to the late Mr and Mrs Effah. Lordina is from Jema-Ampoma in the Nkoranza District in the Brong-Ahafo Region. She is the last of three kids. She attended the Ghana Secondary School in Tamale, where she met her better half, John Dramani Mahama.

Mrs Mahama had a four-year college education in Hospitality Management at the Ghana Institute of Management and Public Administration (GIMPA). She also studied for an MA in Governance and Leadership at the same institution.

She speaks English, Hausa, Dagbani and Twi fluently. According to the First Lady, she enjoys cooking, reading and travelling during her leisure periods.