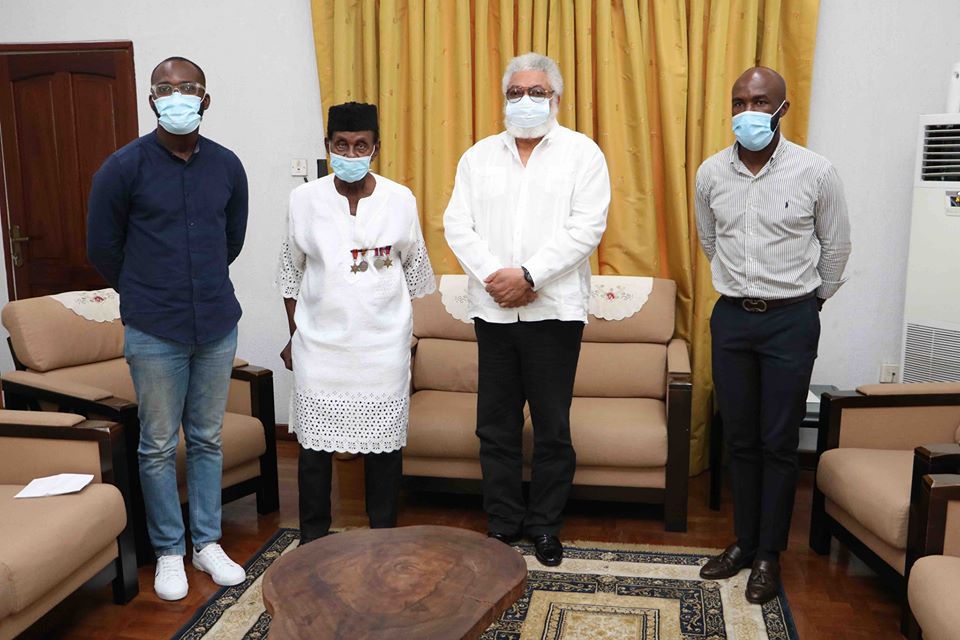 Former President Jerry John Rawlings has cautioned Ghanaians not to let down their guard on the dangers of the Covid-19 virus till it has been contained.

The former President who made the call during a courtesy call on him by 95-year-old Ex-Private Ashiteye Hammond, a World War II veteran on Tuesday, said, “I don’t want to take any chances and I think we should all cooperate to handle the pandemic as seriously as we can.”

Ex-Private Hammond undertook a seven-day walk a couple of weeks ago to raise funds for frontline health workers dealing with the coronavirus pandemic. He walked a total of 14 miles, doing two miles a day.

The former President described the effort by Ex-Private Hammond as a noble cause and urged other former Presidents and corporate institutions to support the fundraising campaign. He pledged a $1000 towards the fund.

The former World War II veteran said he was inspired by what Captain Sir Thomas Moore did in the United Kingdom to raise funds for charity in the run-up to his 100th birthday in April this year.

“He is a veteran and I am also a veteran. He fought in Burma and I also fought in Burma, so I decided that if he has done it for Europe why can’t I also do the same for Africa.

“I am very happy that I was able to do it. I did not let our people down and I am appealing to all Presidents and former Presidents across Africa to emulate President Rawlings’ gesture,” Ex-Private Hammond urged.