Referendum on the new region will occur in 2018 - Nana Addo 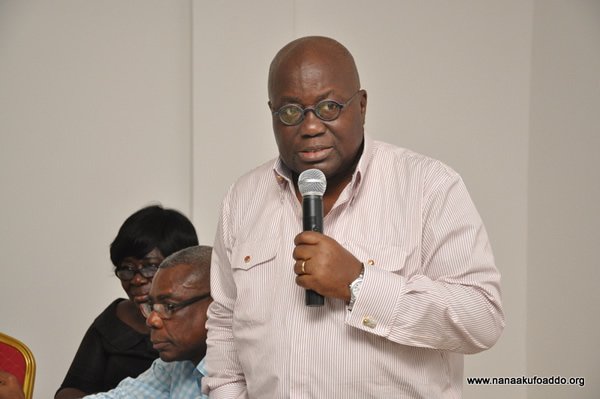 President-elect Nana Akufo-Addo has highlighted his government’s assurance in fulfilling campaign promises made to the Western Region including the creation a new region out of the Western Region and the relocation of the headquarters of the Ghana National Petroleum Authority (GNPC).

Speaking to the Western Regional house of Chiefs in Sekondi during his thank-you tour of the region, President-elect Nana Addo said, with the creation of an eleventh region which will be called the Western-North Region, he expects a constitutionally mandated referendum on the issue to occur in 2018.

“I committed myself and my government to the creation of a new region out of this vast region which, for the time being, we are calling the Western-North.

That commitment is high on the list of priorities of our government, By the time of the next district assembly elections in 2018, all the constitutional and legal procedures would have taken place and the referendum that the constitution calls for is going to take place together with that exercise,” he assured.

Nana Akufo-Addo also guaranteed that the promise to relocate GNPC to the Western Region was not a campaign talk.