Remembering Supt. Salifu Dagarti; the man who took a bullet for Kwame Nkrumah 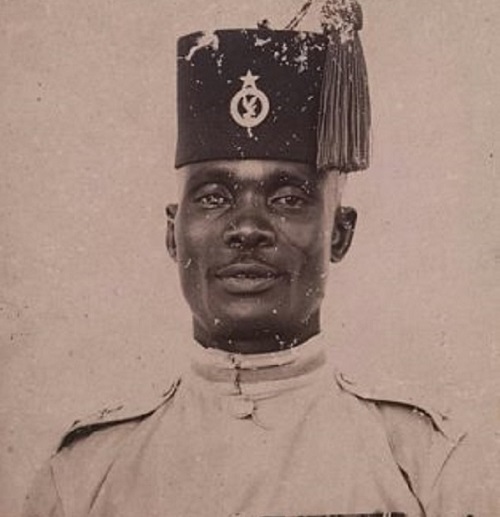 He was a British trained Ghanaian police officer and presidential bodyguard who shielded Kwame Nkrumah with his body on the fifth attempt to assassinate him since he came to power in 1957.

At about 1.15 pm on Thursday, January 2nd, President Nkrumah of Ghana left his office at Flagstaff House to return to Christianborg Castle for lunch. As he moved towards his car, across the courtyard, he was accompanied by two security guards – one Salifu Dagarti, a veteran British-trained police professional, the other an amateur provided by the President’s own party, CPP.

A rifle shot rang out. It had been fired from behind some sort of cover – perhaps about 50 yards away – by Constable Ametewee, one of the policemen on guard at Flagstaff House who had been transferred for duty there only a day or two previously. The driver of the President’s car immediately disappeared. The CPP security guard hid for his life behind the car. The President and Salifu dived for cover.

A police constable on guard outside the residence of Ghana’s president, Kwame Nkrumah, fired five gunshots at him in an assassination attempt. Seth Ametwee invaded The Flagstaff House in Accra and missed with his first shot. Nkrumah’s bodyguard, Salifu Dagarti, shielded the President with his body and was mortally wounded. 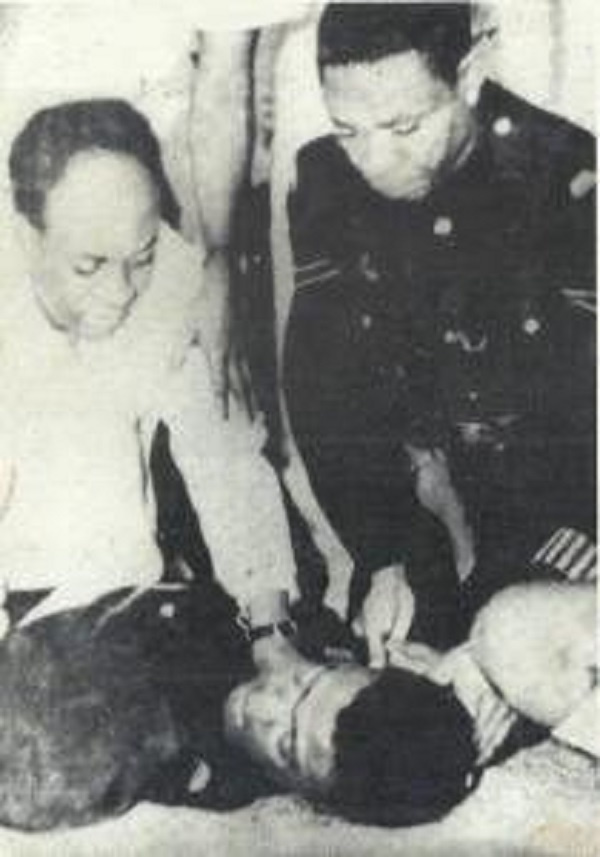 Two more shots were fired. One or both of them ripped through the President’s shirt but were apparently deflected by his bullet-proof vest.

Constable Ametewee then attempted to fire his fifth and last round, but the bullet was accidentally ejected. The President, perhaps seeing what had happened, got up and ran. The distance he covered was considerable. And, as he ran, he shouted for help. A number of armed policemen apparently watched with interest to see how the incident would end but did not move.

Senior officials similarly watched from the windows of nearby offices, one of them confining himself to the single comment: ‘They’ve bungled it again’.

The Constable bit the President’s cheek. The President kicked the Constable in the groin and the latter momentarily collapsed. At that stage, other policemen arrived on the scene and decided the time had come to intervene. 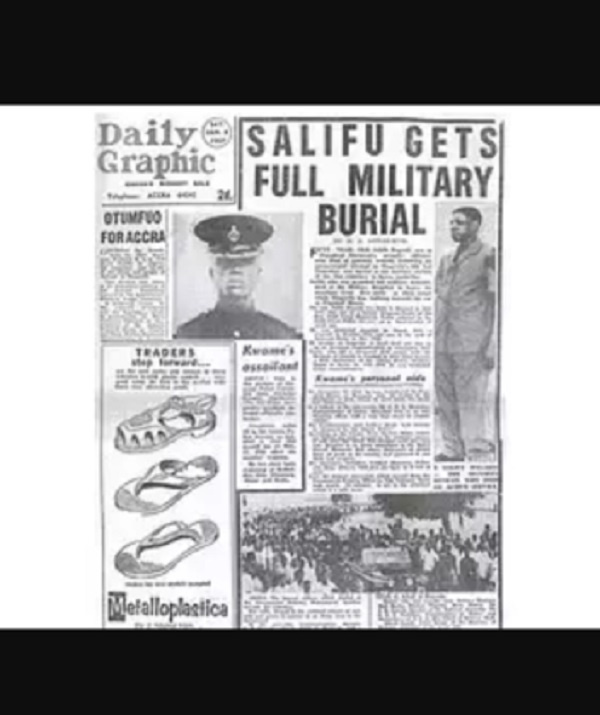 A daily Graphic Publication of the death of Salifu Dagarti.

Constable Ametewee was quickly knocked out and left lying on the ground. The President, having changed his shirt and had his cheek dressed by a Russian doctor, had his photograph taken crouching over his assailant, as he might have done had he just overpowered him. He then left for the Castle.