Repent and you will be considered - Afoko, Agyapong told 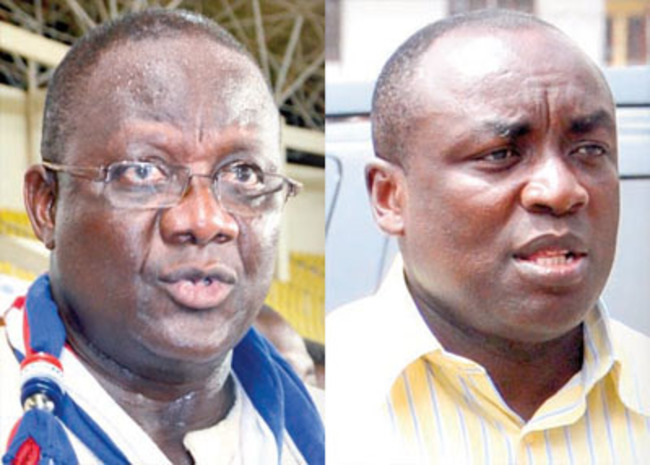 A leading member of the incoming New Patriotic Party government in the Ashanti Region George Ayisi Boateng, has charged embattled National Chairman Paul Afoko and General Secretary Kwabena Agyepong should show repentance for the conduct they displayed leading to their suspensions, following the victory of the party in the just-ended presidential elections.

The executives were suspended by the National Executive Committee (NEC) of the NPP for allegedly working against the interest of the party ahead of the just ended 2016 elections.

Mr. Afoko disregarded the decision of the National Executive Committee (NEC) against him and subsequently filed a suit

against the party at an Accra High Court. However, the court sustained his suspension by the leadership of the NPP.

Speaking on Accra FM, Mr. Ayisi Boateng, said: “They should show remorse for their actions and make efforts to return to the party”

He also advised “If I were to be one of them, the very day that Nana Addo was declared the winner, I would have shown remorse quickly and visited him, because if you have been suspended from the party it doesn’t mean you have been sacked. Their indefinite suspension was not expulsion from the party and so they should come on board.”