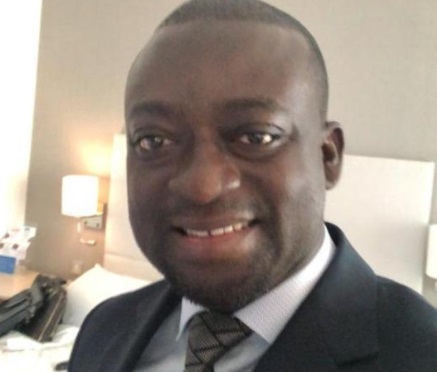 A 38-year-old philanthropist and Chief Executive Officer of Ronor Motors, Mr Atta Frimpong Addo, has constructed and asphalted a two-kilometer road at Lashibi in the Greater Accra Region from his personal coffers.

The road, constructed in the neighbourhood of Emefs Estate, connects North Celebrity Hill to other adjourning areas in Lashibi.

It was started in September 2020 and completed in March this year.

Mr Addo, who is a native of Dormaa Ahenkro in the Bono Region and a Board Member of Ghana Premier League side, Aduana Stars FC, said he constructed the road not because he had money in excess, but because he felt the responsibility as a Ghanaian citizen to do so.

He said as a resident of the area, he felt bad about the deplorable state of the road, which had been unmotorable over the years.

He said motorists could not use the road, particularly when it rained, noting that with the new facelift, it would enhance movement in the area.

Mr Addo said the few vehicles that managed to use the road prior to its construction had to visit mechanic shops for repairs on a daily basis, adding that the situation discouraged many people from using the road altogether.

The Ronor Motors CEO, therefore, encouraged Ghanaians who had the means to embark on similar projects to do so to support the efforts of the government.

Mr Addo said he felt happy whenever he saw people using the road without having to go through the stress they used to go through on that same stretch.

The Aduana Starsâ€™ board member is noted for his philanthropic works, particularly towards widows and the less privileged.