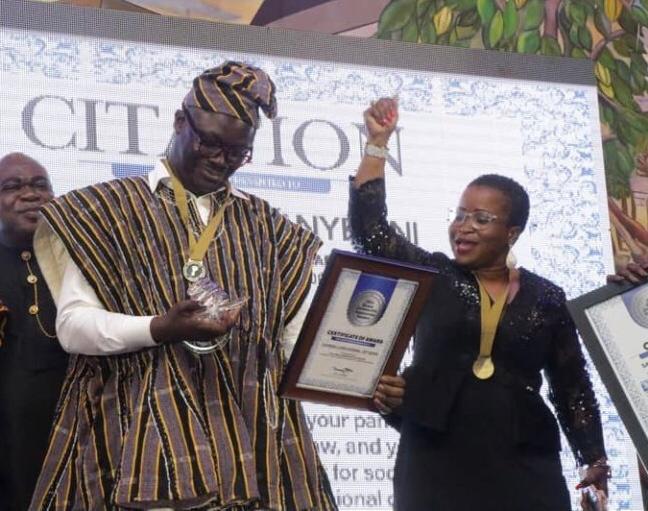 Samson Lardy Anyenini with the Multimedia Group has emerged the 2019 P.A.V. Ansah Journalist of the Year at the 25th Ghana Journalists’ Association (GJA) Awards ceremony on Saturday.

The legal practitioner with over two decades of media experience also won the Award for Democracy and Peace Building on the night.

Delivering his acceptance speech, Samson Lardy Anyenini urged his fellow journalists to be steadfast as the 2020 general election approaches.

He noted that the media plays an important role in the country’s democracy and, therefore, must not allow themselves to be bullied by security personnel and political parties.

“During the elections, when for some reason someone asks you to bring your recorder for it to be destroyed, do not give it to them. Let them know that if you are in the wrong, then they should report you to the police,” he emphasised.

Mr Anyenini also cautioned security personnel and other political actors to desist from assaulting journalists insisting that it is an illegal act.

This is the second time GJA is acknowledging the station for its good work. Citi FM won the same award in 2018.