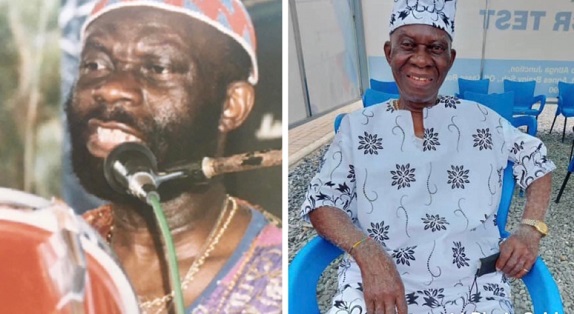 Solomon Amarki Amarfio, a founding member and drummer of the Osibisa Band has reportedly passed away at aged 84.

He is reported to have died on Tuesday, December 13.

Nicknamed The Rhythm Man in his teenage years, the self-taught Amarfio travelled the world with Osibisa. His immaculate sense of rhythm was the driving force behind the band’s infectious music.

Also a composer, Amarfio is praised for his Woyaya song and he closely collaborated with other members of Osibisa to create some of the band’s most endearing tracks.

Born at Asere in Accra in 1938, Amarfio was part of the Rhythm Aces, Star Gazers and Comets bands in Ghana before going to England in 1961 via Liberia, Spain and France.

There, he teamed up with other London-based Ghanaian musicians such as George Lee and Willie Cheetham for gigs across Europe and North Africa before Osibisa was formed in 1969.

“I do what comes naturally to me behind the drums. I don’t force out anything. I grew up with a lot of music and dance around me and the swing of those things sipped into me. Life is exciting when you travel and earn money while doing what you truly love,” Amarfio told Graphic Showbiz in an interview in 2018.