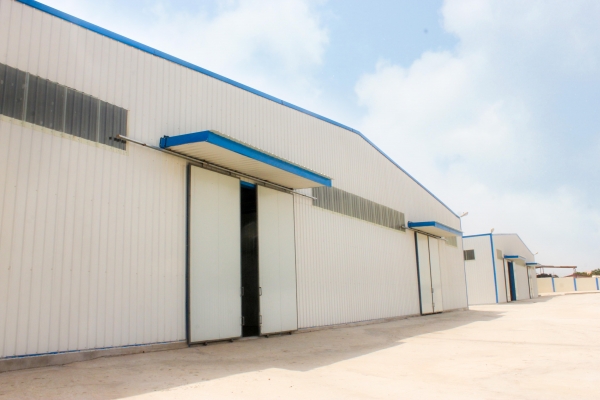 President Akufo-Addo has announced that the government have completed 80 warehouses to offer better protection to harvests of farmers.

This will also boost the government's Planting for Food and Jobs.

He said this during the 2022 State of the Nation Address (SONA) adding that the Tono Irrigation Dam has been fully rehabilitated, and is back to life and fully operational, and is serving the needs of many farmers in the areas around the dam.

“The construction of eighty (80) warehouses, with a combined storage capacity of eighty-thousand metric tonnes, (80,000MT), has been completed, and their entry into the food production chain is offering better protection to the harvests of farmers.

“There is no doubt that but for the vigorous interventions we have made in agriculture in the past five years, which have made us more self-reliant in our food needs, our country would have been at much greater risk as the fallout from the dramatic worldwide increases in freight charges hit prices in our markets and on our supermarket shelves.”

The result of significant investment by his government in the Ghana Commercial Agriculture Project, he said, has resulted in the availability of a total of thirteen thousand, one hundred and ninety (13,190) hectares of additional irrigable land, through the rehabilitation of Tono, Kpong Left Bank and Kpong Irrigation Schemes, for rice and vegetable cultivation.

“Immediate benefits arising from the scheme include improved rice yields increasing from 4.5 tons per hectare to 5.5 tons per hectare, leading to increased production and growth in farm incomes. This has benefitted some fourteen thousand, two hundred and sixty-four (14,264) smallholder beneficiaries directly, creating some forty thousand (40,000) jobs along several value chain activities generated from the irrigation schemes.

“In particular, at the Kpong Left Bank Irrigation Project, Government, through the Ministry of Food and Agriculture, has recently engaged nine (9) large scale investors in addition to smallholder farmers at the Kpong Left Bank Irrigation Project (KLBIP) who would be producing rice, maize and vegetables on one thousand, three hundred hectares (1,300ha), using modern production technologies to achieve improved productivity and production, within the next three (3) months.

“Government has also invested in the vegetable sector, through the Ghana Peri-urban Vegetable Value Chain Project. We have provided irrigation infrastructure covering a total of five hundred and forty-one (541) hectares, which directly impacts vegetable farmers in the Greater Accra Region. In addition to these farmers, we have also provided inputs and technical support to vegetable farmers at Hikpo in the Volta Region and Asokwa in the Ashanti Region. The project has provided off-taker arrangements for both domestic and international markets.