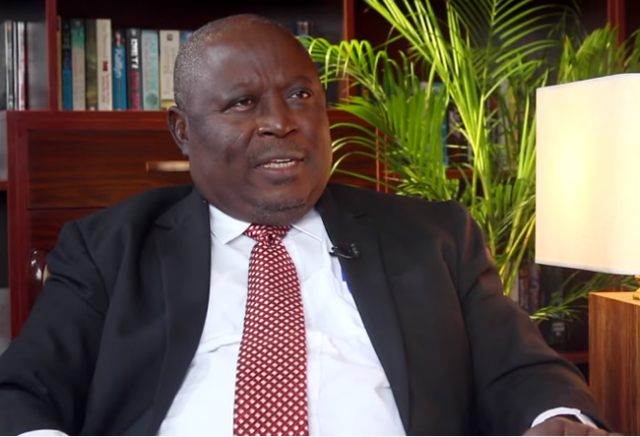 The Special Prosecutor, Martin Amidu has asked public officials to desist from intimidating the Auditor-General, Daniel Domelevo over his audit reports.

According to him, they should stop attacking him over his professional work.

The Auditor-General has come under intense criticism over the publication of a performance audit of the GETFund scholarship administration.

Speaking to Citi FM, Martin Amidu said the political parties should stop intimidating heads of anti-corruption agencies in the country but rather allow them to do their professional work.

According to him, the intimidation will not allow the Auditor General to perform his duty because he may now be selective in his auditing of state institutions.

"For instance, Audit Service there is a provision for surcharge if the Auditor General through the report of his staff can not disagree with them and therefore supports their conclusion and surcharges you, the law provides an avenue you can challenge it why personalised it to the Auditor General, that's intimidation and makes him incapable of performing the anti-corruption duty......."

The Auditor-General has hinted of plans to disallow and surcharge undeserving GETfund scholarship beneficiaries.

A performance audit report of the Auditor-General on the administration of scholarships by GETFund from 2012 to 2018 revealed that some politicians, lecturers and media personalities benefitted from the scheme, a policy meant for needy but brilliant students.

The Education Minister, Mathew Opoku Prempeh is listed as studying National and International Security at Harvard University, receiving $12,800 for living expenses and $11,200 as tuition fees.

Dr. Armah is studying Philosophy in Education at the University of Aberdeen, which comes with a benefit of Â£38,400 for living expenses in addition to Â£33,000 for tuition fees.

In the report, Auditor-General said they may disallow and surcharged the individuals involved.

"The Auditor-General in accordance with article 187(7)(b) will serve the GETFund with a notice of the intention to disallow items of expenditure (the granting of scholarships) contrary to Section (2)(b) of of the GETFund Act, 2000 (Act 581) and may proceed to surcharge."