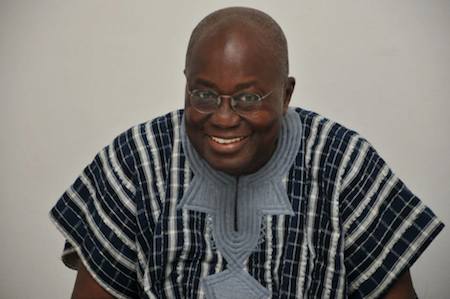 Policy Think tank, Strategic Thinkers Network (STRANEK) has appealed to President-elect Nana Addo Dankwa Akufo-Addo  not to abandon some projects and policies started by the outgoing National Democratic Congress (NDC) which is benefit to Ghanaians when he is officially sworn in as President of Ghana come January 7, 2017.

According to the policy think tank,  there are “8 core projects” of the Mahama-led administration that should be completed or utilised by the incoming administration.

In a statement signed by Executive Director Nii Tettey Tetteh, STRANEK enumerated the  “8 core projects” as:
1. Affordable Housing Projects
2. The 1 billion dollar cocoa roads
3. The Second Phase of the Tamale Airport, Kumasi Airport and Ho aerodrome
4. The second phase of the Kojokrom railway live project
5. The completion of the Eastern corridor roads
6. The completion of the Kasoa interchange and all its auxiliaries
7. The Fisheries College
8. Full use of the Accra Digital Center

Also, STRANEK called for the continuance of the Single Spine Salary Structure (SSSS) to help cushion every deserving Ghanaian worker.

Apart from the above requests, STRANEK also wants the next administration to put legislation in place to limit the president's power in creating and designating ministries as he or she liked.

“Having advocated for the above,we passionately appeal that a legislation be put in place in the next administration to limit the President in creating and designating ministries of his choice as we think that Ministries should be run as State Departments and prescribed in an Act where the President should only have the prerogative to appoint ministers of his choice and not ultra vires”, the statement added.