Teacher impregnates 13-yr-old pupil after defiling her in classroom 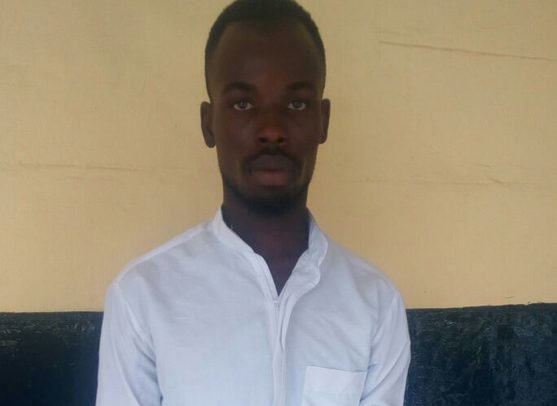 A 24-year-old mathematics teacher at the Hanbless International School at Ashalaja in the Greater Accra Region has been arrested by the police for allegedly defiling and impregnating a 13-year-old pupil in his class.

The suspect Kingsley Fordjour, according to the victim, had sexual intercourse with her after school on numerous occasions in their classroom.

The victim did not disclose her ordeal to anybody until her guardian detected that she was pregnant and questioned her.

She told the complainant that the teacher was responsible for her pregnancy.

ASP Effia Tenge, the Accra Regional Police Public Relations Officer (PRO), who confirmed the incident according to Daily Guide, said the complainant in the case is a business woman living at Ashalaja in Ga West Municipality of Accra and a cousin to the victim.

After a report was lodged with the Amasaman Domestic Victims Support Unit (DOVVUSU), a medical report was given to the victim to go to hospital.

Doctors later confirmed that she was 13-weeks pregnant.

Fordjour, who has been charged with defilement, would be arraigned before court after police investigations.