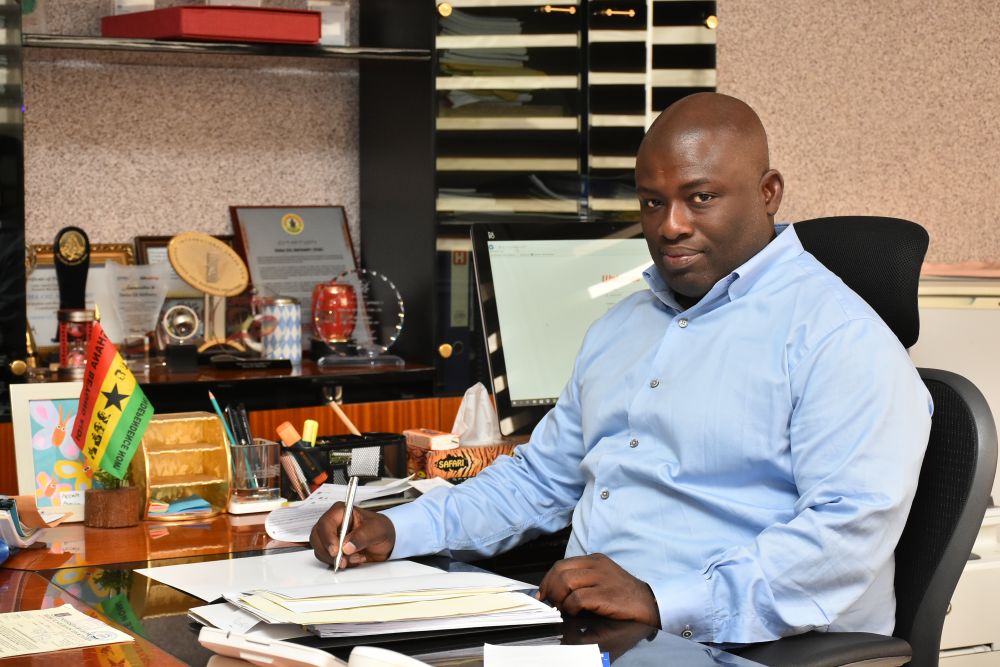 The current Managing Director for Tema Oil Refinery, TOR, Mr Kweku Asante Berko has brushed off bribery allegations by the Securities and Exchange Commission in the US that he paid $2.5m bribes to gov't officials to gain approval for a clientâ€™s power plant project.

According to reports from the US Regulators and information from a civil suit sighted by Prime News Ghana, he made arrangements for sums of money, amounting in millions of dollars as bribes to be paid to some Ghanaian government officials to help a client win a power-plant contract in Ghana.

Mr. Berko also personally paid bribes totalling $66,000 to members of the Ghanaian parliament and other government officials, the SEC alleges. The said bribery transaction occured within a period from 2015 to sometime in 2016.

Mr Berko has come out to deny these allegations and described them as false.
Portions of his statement read: â€œI state categorically that I have not paid any bribes to government officials, Members of Parliament nor any officials of Parliament.

â€œI have had no contact with Members of Parliament nor officials of Parliament, regarding the approval of this transaction,â€ he wrote in the statement.

" I was indeed an employee of Goldman Sachs up until December 2016â€¦and was part of the Goldman Sachs team that was to arrange the financing for this power transaction on behalf of the Turkish IPP.â€

He, however, chronicled the sequence of events, which according to him, were Goldman Sachsâ€™ involvement in the deal.

He added that the SECâ€™s proceedings have come as a complete surprise to him â€œas the SEC in May 2017, interviewed me extensively.â€

â€œThis was my only interaction with the SEC. I gave the SEC full and frank disclosure of my involvement in this transaction,â€

â€œI intend to contest the proceedings to clear my good name". 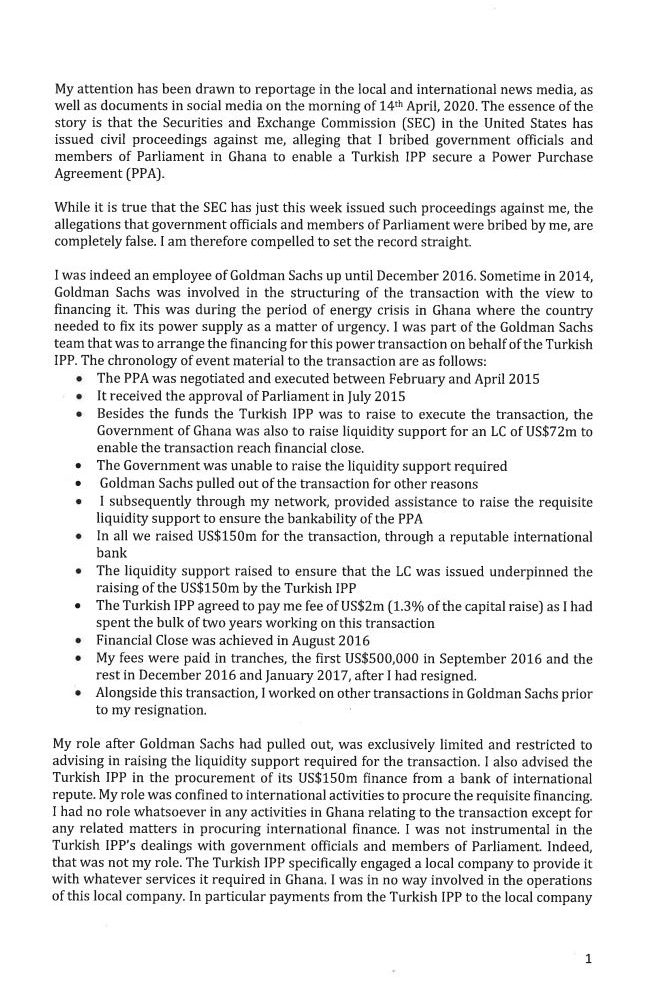 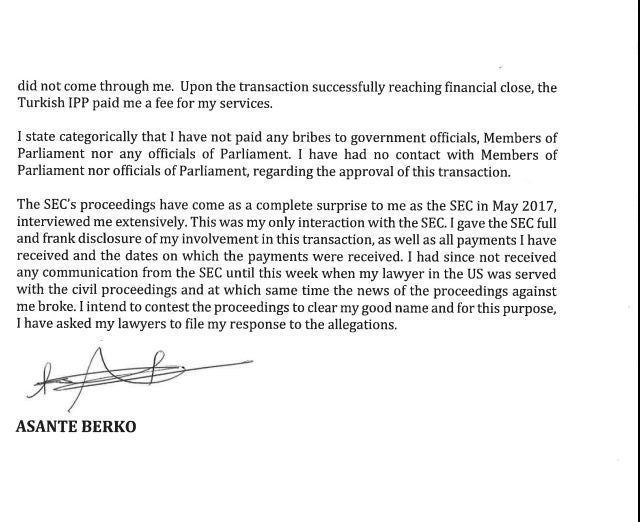