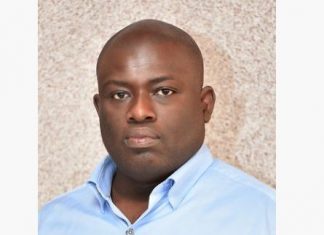 A statement from the presidency signed by the Communications Director, Eugene Arhin said the President has accepted his resignation.Â

Asante Berko in a statement yesterday denied the bribery allegation by the U.S SEC.

He said in the statement that " his attention has been drawn to reportage in the local and international news media, as well as documents on social media on the morning of 14th April 2020. The essence of the story is that the SECin the US has issued civil proceedings against me, alleging that I bribed government officials and Members of Parliament in Ghana to enable a Turkish IPP to secure a Power Purchase Agreement."

â€œWhile it is true that the SEC has just this week issued such proceedings against me, the allegations that government officials and Members of Parliament were bribed by me are completely false.â€