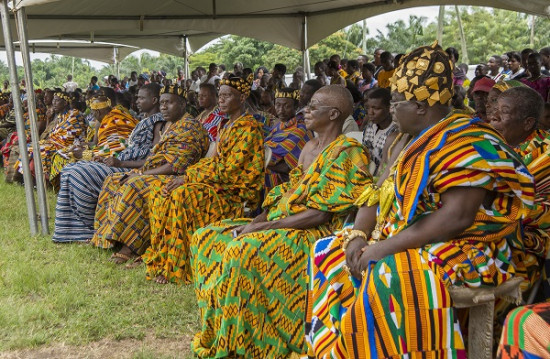 The Coalition of NGOs in Health has appealed to government to involve traditional authorities in itsÂ implementation of strategies to curb the spread of Covid-19 in the country.

According to the chairman of the coalition, Gabriel Banaku, traditional authorities will have better ways of managing social interventions by providing public education including social distancing protocols in various communities.

In a radio interview today April 13 2020, the President of the Coalition called on government to include traditional authorities to the Covid-19 fight since they have grounds at the grassroots level

''Ghana was successful in HIV fight because they used NGOs, traditional rulers, social workers. So they need to enhance the strategies, they need to include traditional authorities. Let traditional authorities speak, in the case of Chorckor and areas where yesterday I saw lots of people going to the beach, do you think the people will be there if government included traditional rulers in the planning process? No, they wouldn't. If the government had closer discussions with the municipal assemblies, do you think these people will do contrary to their directive?'', he quizzed.

READ ALSO : Persons found at beaches will be arrested from now on - Police warns

Some residents of Chorkor a suburb of Accra yesterday, April 12 2020 which happened to be Easter Sunday, ignored the ban on movement and social distancing measures to go and chill at the beach.

A video that circulated on social media showed how residents of Chorkor had totally forgotten the world and Ghana is in a current crisis that requires that all be careful and as much as possible isolate ourselves.

The scenes at the beach clearly showed that the people were not bothered by the increasing numbers of Covid-19 in the world and Ghana.

The development means over 140 cases have been recorded over the last 24 hours.

The breakdown of the 566 positive cases are as follows: four (4) have been treated, discharged and tested negative, 552 cases have been categorized as mild disease on treatment, two (2) moderate to severe cases, none currently on ventilators and eight (8) have died.

Of the 566 confirmed COVID-19 cases, 292 were reported from the routine surveillance, 159 from enhanced surveillance activities and 115 from travellers under mandatory quarantine in both Accra and Tamale.