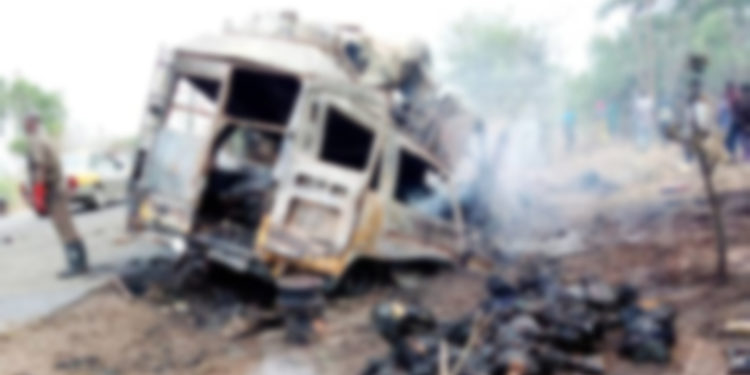 The Transport Ministry has met with transport unions following the Kintampo accident.

The Sector Minister, Kweku Ofori Asiamah said so far at least 400 people have died since December 2019.

He said the meeting with the transport union was opening room for the drivers and the executives of the union to share thoughts on how to curb the issue.

Present at the meeting was The Ghana Private Road Transport Union (GPRTU), VIP among others.

On Monday dawn [March 9, 2020] a fatal crash involving a Sprinter bus and Grandbird bus on the Tamale-Kintampo road led to the death of 31 people with many of them burnt beyond recognition due to a resultant fire outbreak.

The Kintampo Highway has been tugged as one of Ghana's most dangerous roads as thousands have perished through accidents on the road.

On February 17, 2016, 53 people died on the stretch when a Metro mass bus and a truck rammed into each other along the same stretch.

In September 2019 8 were killed and many more were injured as a result of an accident.

In 2018 the National Road Safety Authority labelled the Kintampo-Tamale stretch as one of the most dangerous Highways in Ghana.

The Kintampo highway has been described as a death trap by many.