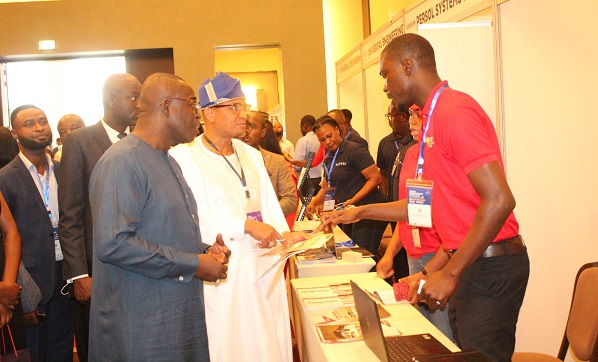 The government will within the next seven years, distribute two million cookstoves and its related accessories to households across the country.

The distribution is being undertaken under the National Liquefied Petroleum Gas Promotion Programme (NLPGPP), which is one of the components of the Ministry of Energy’s LPG for Development (LPG4D) Plan.

The plan, which has the Cylinder Recirculation Model (CRM) as the other component, is aimed at consolidating the government’s ongoing efforts towards increasing LPG penetration in the country to at least 50 percent by 2030.

In a speech read on his behalf at this year’s Ghana International Petroleum Conference (GHIPCON), Minister of Energy, Matthew OpokuPrempeh, said the plan was one of strategies being implemented to ensure a reduction in carbon emissions and efficient use of the country’s natural resources.

Organised by the National Petroleum Authority (NPA) in collaboration with other partners, the three-day event is on the theme “Energy Transition in the African Petroleum Downstream Context: Prospects, Challenges and the Way Forward.”

He explained that the CRM was expected to increase access to LPG and ensure safe delivery to end users, adding that its implementation required the introduction of LPG Bottling Plants, Bulk Cylinder Transportation, Cylinder Warehousing, Cylinder Exchange Points and Cylinder Delivery infrastructure.

In this regard, the minister said the Price Build-Up of the LPG was being reviewed to guarantee a return on investment made in LPG infrastructure for the safe distribution of LPG as a clean cooking fuel.

He explained that the strategies and programmes fed into Ghana’s Energy Transition Plan to decarbonise the energy sector and enable Ghana to reach net-zero emissions by 2070.

To deal with the challenges in the transition to cleaner fuel, MrPrempeh urged for the enforcement of the implementation of regional policies and regulatory frameworks and improve refinery capacity to produce high-quality fuels to reduce carbon emissions.

The Vice President, Dr Mahamudu Bawumia, in a speech delivered virtually, noted that Ghana was targeting to fully transition from fossil fuels to renewable energy by 2070, adding that despite government’s commitment to achieving net zero carbon emissions, there was the need to take steps to accelerate the production and utilisation of the country’s oil and gas reserves.

In line with the Paris Agreement and other international protocols, he said the government initiated and implemented some policies including zero gas flaring policy, gas master plan, 2020 transport policy and the reduction of sulphur content in transport and industrial fuels from a maximum of 5000ppm to a maximum of 50ppm geared towards reducing carbon dioxide emissions.

He explained that Ghana’s transition to cleaner fuels was likely to take many decades to be fully achieved, saying that it would affect the demand for energy and the downstream industries that relied on the production and use of fossil fuels.

Additionally, Dr Bawumia said the transition would result in greater demand for cleaner fuels, natural gas and LPG, as well as increased investment in renewable energy and the development of new technologies for the transportation and storage of energy.

In order to thrive during the energy transition, he urged the players in the downstream sector on the African continent to focus on innovation and diversification.

“I urge you to keep an eye on the long-term implications of the transition and stay prepared for potential disruption in the future which can be turned into future growth areas,” he added.

He noted that the conference was to plan and strategise to steer Ghana towards a low-carbon economy and net-zero energy sector, while pursuing economic development.