V/R: Herdsman found dead days after cattle returned without him 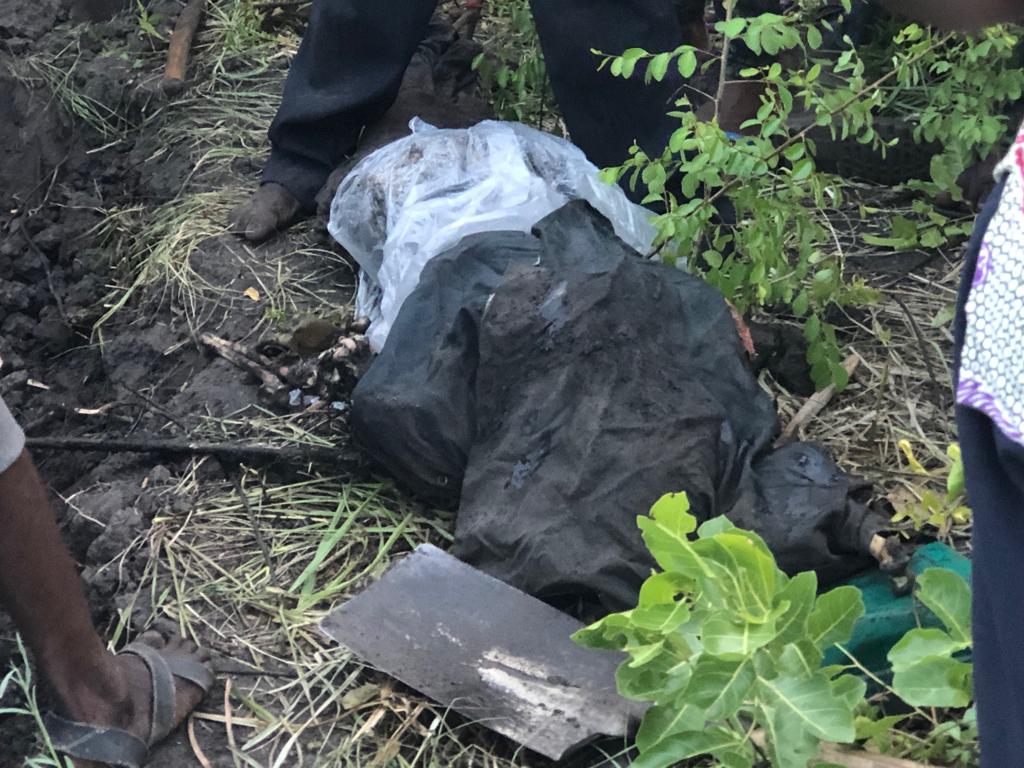 The Juapong Command of the Ghana Police service has discovered a body buried in a shallow grave in Ayiwata Domekope in the North Tongu District of the Volta Region.

The body was identified to be that of Yahaya Ahmadu, a nomadic herdsman.

On the 10th of April 2019, Hubey Armadu, the brother of the deceased reported to the Fulani Community that his brother was missing.

Hubey Armadu told Citi News a search party was put together by the Fulani community to look for his brother, two days after his animals returned home without him.

They discovered his mobile phone and two empty cartridges near the grave. The almost decomposed body was exhumed and was identified as Yahaya Ahmadu.

A similar incident occurred in 2005 in which three persons were apprehended.

The herdsmen are hopeful that the police would investigate the matter and bring the perpetrators to book.

Responding to concerns expressed by the Fulani community about their safety in the area, DCE for the District and Chairman of the District Security Council, Mr. Richard Collins Arku, assured of his commitment to engage the landlords and the leadership of the community to ensure that they live harmoniously.

“I have been engaging the landlords who host the Fulanis and the Fulani leadership in the area for them to demarcate the lands and zone the land into grazing and farming areas so that these sorts of things to seize. We will intensify the stakeholder consultation in order to make some headway.

I have told the people [of Domekope] to give me a list of those who have granted the Fulanis space to be on their lands so that we can engage them properly. So that we can have a plan for their stay in the community and it is my belief that, that should help us make some headway,” Mr. Arku told Citi News.

Juapong District Commander of police, DSP Joshua Semanyo assured the community of the commitment of the police service to investigate the unfortunate incident.

The body has been sent to the Ridge Hospital in Accra for autopsy and subsequent release to the family for burial.

The police are hopeful that persons with any information regarding the cause of death of the 25-year-old Yahyah Amadu would volunteer such information to the police service in order to expedite their investigations.