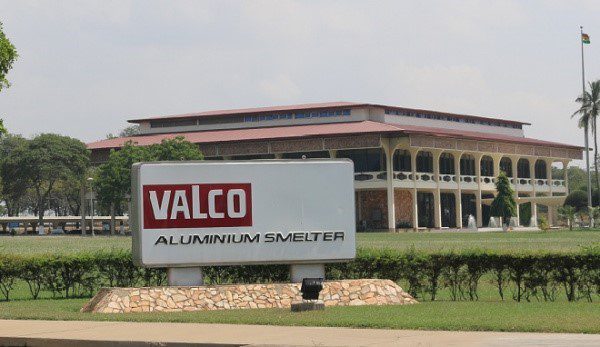 The management of the Volta Aluminium Company Limited (VALCO) has said workers, after a series of negotiations led by their union executives, made an initial demand of a 62% salary increment to the Management, and subsequently reduced it to 55%.

In response, the Management of VALCO, said it offered to grant a 22% increment in salaries for the workers with the assurance of further increment in the future as VALCO continues its efforts in finding a strategic investor to retrofit the plant.

The Management said it appealed to the workers to consider the current state of the Aluminium Smelter which, for years, has been recording losses until the year 2021 where, through prudent management and better supervision, chalked some modest gains recording Earnings Before Interest, Tax, Depreciation & Amortization (EBITDA) profits.

They added that they are hoping to build on this and retrofit and modernize the plant to improve efficiency and increase its capacity.

“Management of VALCO further indicated to the workers union executives that they will on November 1, 2022, finalise a communique for submission to the National Labour Commission (NLC) for independent third-party adjudication in accordance with law after negotiations between Management and the workers ended up in a stalemate.

“However, the workers would have none of this and on October 31, 2022, embarked on a full-blown takeover of the Smelter, insisting they would not allow the Executive Management into the Plant.”

The Workers demonstrated on Tuesday November 1 for the removal of retirees who are still occupying top posts in the company. 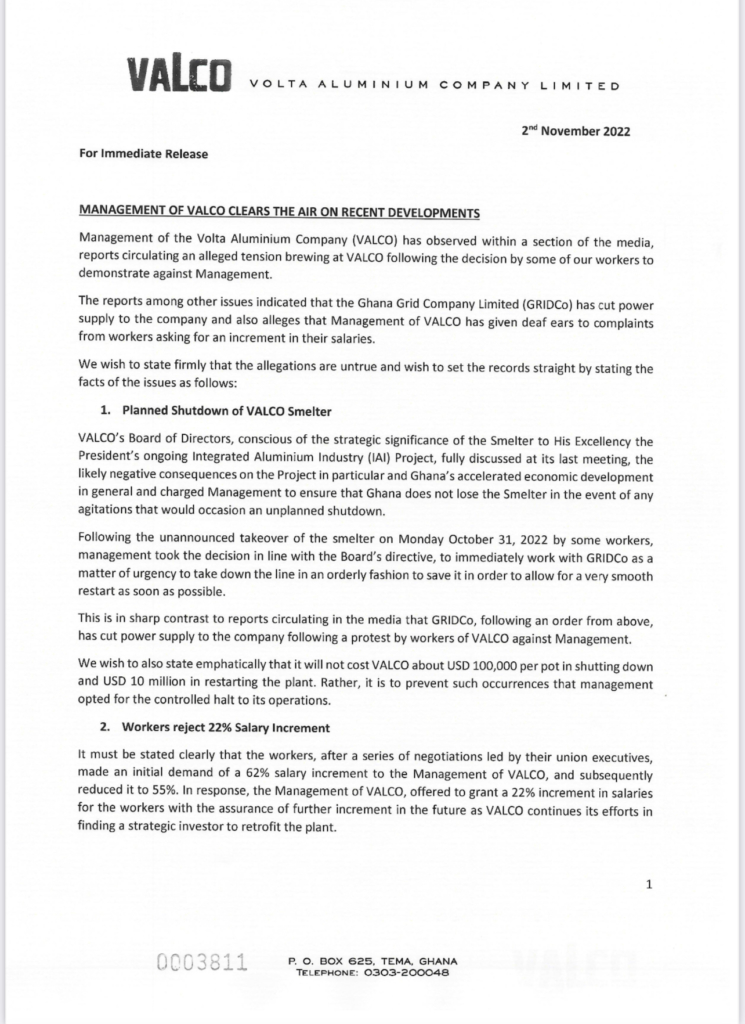 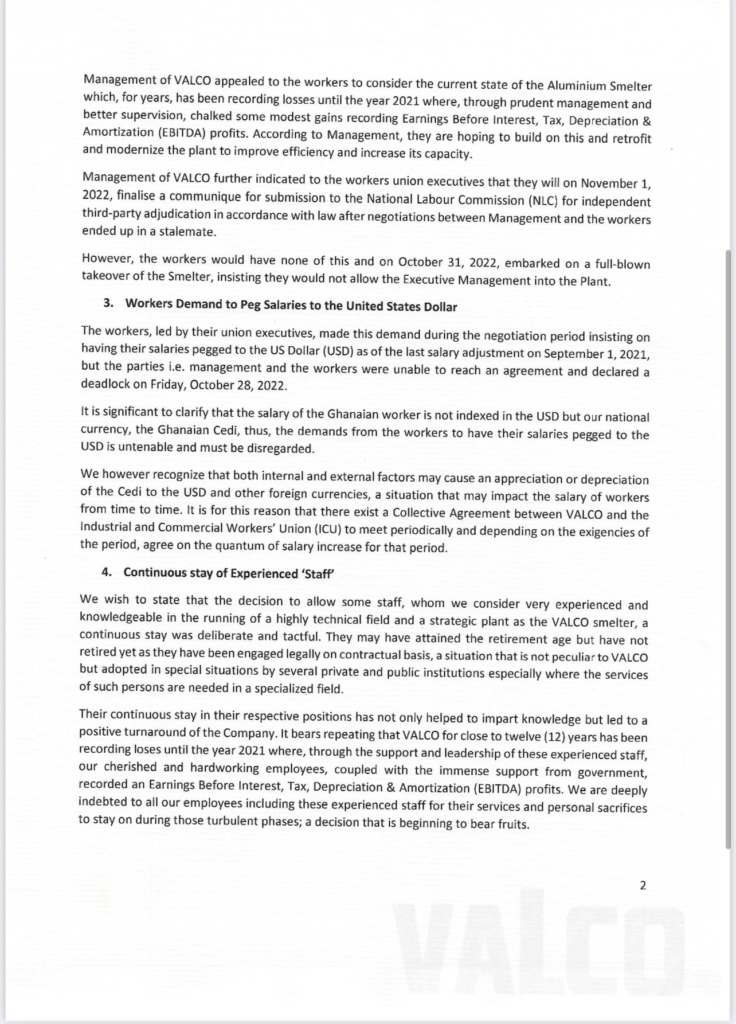 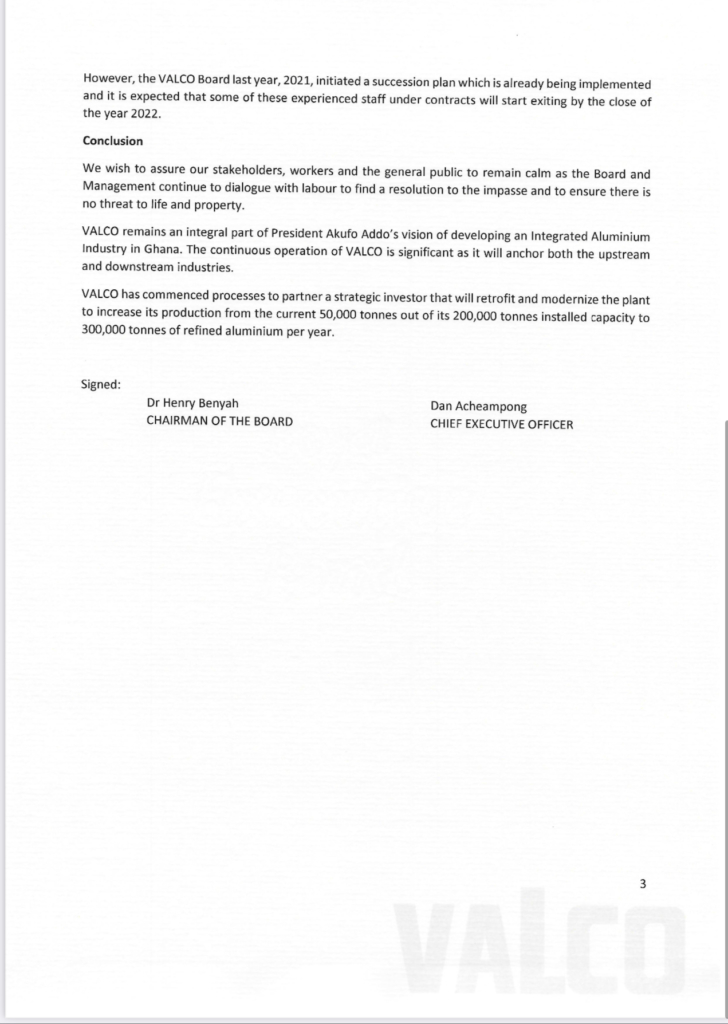