Video : CCTV footage shows how the 2 Canadian girls were kidnapped 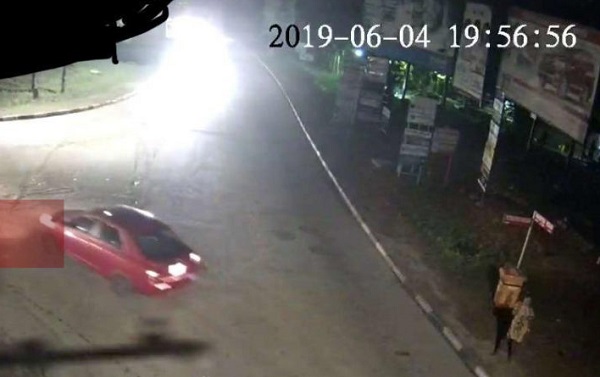 A video captured by a CCTV shows how the two Canadian girls were kidnapped at their hostel in the Ashanti Region.

The night-time video records moments before the girls, Bailey Chitty and Lauren Patricia Catherine were captured to start a life of seven days in the hands of a criminal gang.

The footage most of which were captured by National Security cameras determined the make, model and other matching details of the car used in the operation by the kidnappers.

It shows the Uber which was occupied by the girls drive by to drop them. But just a few meters behind them is another car (red Toyota Corolla S) with registration number AS 6149-19.

It has been established that the Corolla followed them until they got to their destination, the hostel, kidnapped and quickly drove away.

The Cctv again captures the kidnappers' Car (same red Corolla S) as it drives away after a successful operation of kidnapping the Canadian girls.