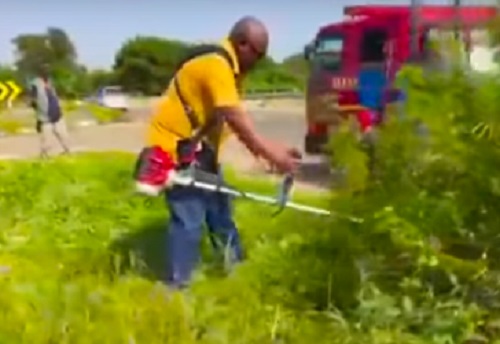 Former President John Mahama led a section of his security detail to clear overgrown weeds in the middle belt of the ‘Mahama’ Road in front of the new Military Cemetary in Accra, Saturday.

The overgrown weeds obstruct the view of motorists, especially towards the roundabout which motivated Mr Mahama and his team to clear the area.

The flagbearer of the opposition National Democratic Congress (NDC), John Dramani Mahama says it was a blessing in disguise for the party to have been voted out of power in 2016.