Video: National Cathedral will be built at all cost, says Akufo-Addo 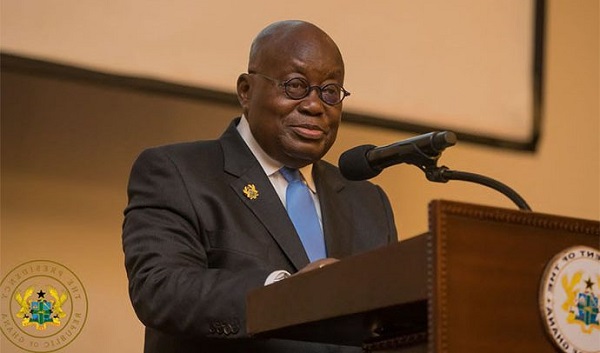 President Akufo-Addo has reiterated his commitment to the building of the National Cathedral.

He said the National Cathedral Project was something dear to his government, stressing that it will be built at all cost to the glory and honour of God.

The President made the statement when he joined the family and friends of Dr Joseph Siaw Agyepong at his late father's Thanksgiving Service on Sunday, September 11, at the Pentecost International Worship Centre (PIWC), Graceland Teshie Nungua in Accra.

Meanwhile, Work on the National Cathedral project has been suspended, the Executive Director of the project has disclosed.

Dr Paul Opoku-Mensah said the Secretariat has run out of capital to finance the construction.

He made this revelation on Tuesday, August 30 when the Redeem Christian Church of God donated to the Secretariat.

“We have the contractors and their staff on site, but the work has been suspended. We are hoping that within the next couple of weeks, as part of our fundraising and other initiatives we can begin work again,” he stated.

According to him, the project can only be actualised when the Ghanaian populace involve themselves.

He further noted that even if a million Christians decide to contribute ghc100 per month for a year, the project could be completed.

“The money might be big in terms of volume but if indeed we have 21 million Christians and a million can give us ₵100 a month for a year, we can easily complete this in time.

“I refuse to believe that we can’t get a million Ghanaians out of the 21 million Christians to support this. I still have faith in the Ghanaian and I am confident that we will do this,” he said.