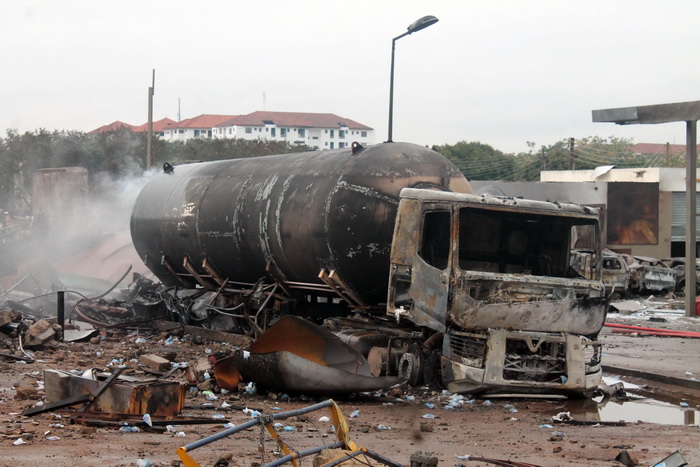 Two persons have died in Wa in the Upper West Region after a tanker explosion on Monday, February 1.

According to reports, the two were welding the leakages on the tanker at the Wa Magazine when the explosion happened.

The two have been identified as 24-year-old Amidu and 20-year-old Issahaku.

One person who was passing by when the explosion occurred sustained burns on his left arm.

After rushing to the scene they saw one of the victims had passed while the other was stuck in the tanker, alive.

However, the workers could not touch the tanker to pull him out because of the heat, he said.

Another eyewitness said they had to force their way through the hot tanker alongside the fire service persons to rescue the victim who was badly injured.

Unfortunately, he passed away when he was sent to the Wa Municipal Hospital, he added.

The victim who only sustained injuries said he has not seen an explosion of this magnitude at the Wa magazine before.

He told Rafiq Salam small cars tend to catch fire at times, but they have always succeeded in putting them out with sand.

The workers appealed to the government for fire stations, ambulance services and a clinic to be sited at the magazine.