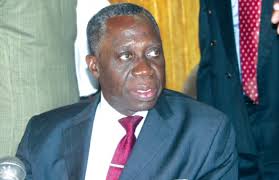 Senior Minister-designate, Yaw Osafo Maafo has stated that the government of President Nana Addo Dankwa Akufo-Addo will not renege on its promise of scraping all unecessary taxes.

President Akufo-Addo during his campaign before the 2016 general elections criticised the Mahama administration for imposing too many taxes which have increased the burden on the private sector.

Describing them as 'nuisance taxes', he pledged to scrap them to investment and production attractive.

His position had been described by the then ruling National Democratic Congress (NDC) as mere campaign promises as they could not fathom where Nana Addo was going to get the funding for his numerous projects like the one-district-one-factory without these taxes.

Speaking on Citi FM's Eyewitness News on Tuesday moments after being nominated by President Akufo-Addo as his Senior Minister, Mr Maafo explained that there were leakages in the government's revenue and expenditure which when blocked would make funds available for such projects.

According to him, when these leakages are blocked, there will be no need keeping taxes which are detrimental.

"Wherever we have revenue leakages, we will block them. So, there's no point keeping taxes if they impede development".

On the state of Ghana's economy, Mr Maafo who served as Minster of Finance in the first of former President Kufuor was of the opinion that it was not in a bad state.

"Ghana's economy is fundamentally strong. It's the management that's been a problem