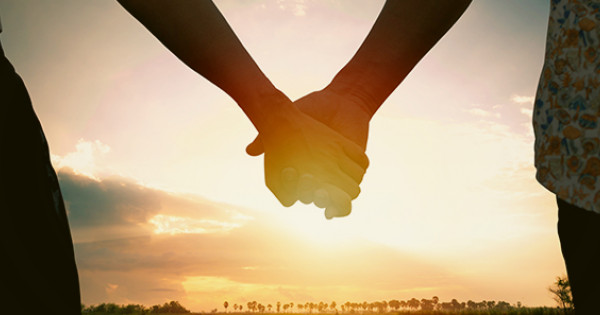 Almost every person out there has someone that they regret breaking up with, or at least someone who they regret not being better to.

It’s that one person that makes them wonder what would have happened if they stayed with them — if, perhaps, they had just been a little more caring or appreciative.

She’s the one that got away.

The phrase actually comes from a fishing joke. A fisherman would return to anyone he might want to impress with his catch of the day. The joke where the phrase comes from is “You should have seen the one that got away!”

This concept was interpreted to the romantic arena for when a person loses out on a great “catch.”

With guys, that “one mistake” is something that often haunts them and their love lives for years, if not longer.

…the girl that he still remembers, even if he’s gone on to live his own life. His big regret.

1. You were unusually good to him, and often hear people say that they can’t believe he let you go.

You always made a point of trying to please him, shower him with gifts, and lift him up.

He, on the hand, treated you badlly. Maybe controlling you, making you feel worthless, or ignoring you. Chances are that when he looks back in a couple of years, he’ll realize what he left behind.

2. You’ve heard his current partner treats him like dirt.

As messed up as it is to say, having someone treat you the way you treated your ex can give you a reality check about what you may have lost in the past.

3. He keeps trying to keep in contact with you, but can’t come up with a reason why.

A man who really regrets what he’s done to you will often try to come up with an excuse to stay in your presence.

He may actively try to come up with a reason why you two need to talk. Make no mistake about it, he’s trying to get back in your good graces, but might be too ashamed to admit it.

4. People have told you that he’s miserable without you.

When guys who have pride issues are dealing with the fallout of making a mistake like dumping a good woman, they may enlist the help of friends to convey everything to you.

Because they’re too embarrassed yet prideful to admit they did wrong, so they’re hoping you will go back to them.

5. He’s whining, apologizing, begging, and pleading for another chance.

Most of the time, it takes a while for the loss to sink in.

If he’s calling you up and telling you he was wrong, he probably regrets losing you or the resources you had at your disposal. Even if he does this, you probably shouldn’t take him back. Who’s to say he won’t take you for granted again?

6. He’s still single and it’s been a minute.

Guys who are totally hung up on an ex tend to stay single for years after they break up with them. If he’s still not attached after a year, two years, or more, you might have actually been someone who he’ll legit never get over entirely.

A lot of guys will, in a moment of bravado or stupidity, dump good women when he feels like he’s going to go places.

Of course, most guys who do this end up realizing that they just left a girl who liked them when the chips were down. Most guys who have their lives fall apart will crawl back to the ones who had their back when things weren’t quite as sweet.

8. He’s come back into your life and straight up told you he regretted treating you badly.

Well, it doesn’t really get much more obvious than this. If he said that, particularly if you get a “guilty” vibe, he’s regretting it.

But that doesn’t mean he’s worth getting back with.

9. While you have no problem getting a date, he struggles greatly with it.

This is also an indicator that he may have been very stupid when it came to deciding to call it quits with you.

If you have guys offering to be with you, talking about serious long-term stuff, and girls just shy away from him, chances are that he’s regretting it.

10. Your quality of life is way better than his.

Let’s just be real for a moment. If you think that Taylor Swift’s high school sweetheart isn’t regretting the fact that he dumped her, you’re wrong.

Right now, he’s nobody and his ex is rolling in millions. Even if he hated her, part of him will always regret dumping her because she could have given him an amazing life.

11. When he dumped you, you totally cut him off.

This is the beauty of this move: it makes every guy, regardless of what you did, wonder if he did the right thing. If you went completely no contact and kept it that way, he’s likely regretting his move just a wee bit.

12. You get the feeling he feels guilty.

And, most of the time, when guys regret a breakup, they regret the way they hurt you the most.

You may be the one that got away, and that sort of feels good. He regrets breaking up with you and treating you badly. And he should!

That being said, him feeling guilty doesn’t mean you have to make him feel better about it

He did break your heart, after all.