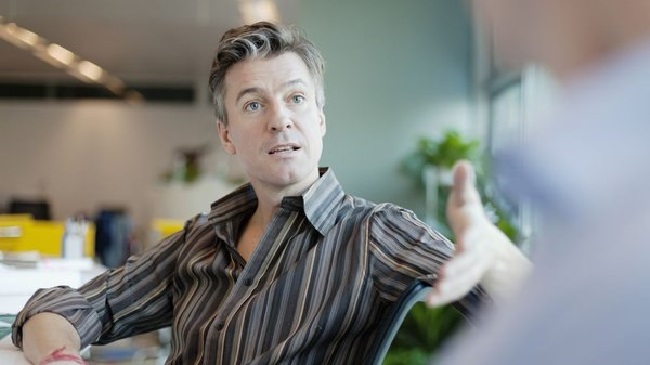 Unsuccessful People- Even the most determined and motivated entrepreneurs will come up with excuses as to why he or she cannot do something. Obstacles arise and then self-doubt enters the mind -- making an excuse is the easy way out.

I made excuses in the past -- several times. Looking back, those excuses resulted in missed opportunities and ultimately failure. It doesn't matter if you want to lose weight, get an online MBA, hit a specific revenue milestone or start a business -- excuses will be the cause of failure. Here are five excuses to remove from your mindset immediately -- they are complete BS.

1. "I don't have time."
Time is our most valuable asset. While we only have 24 hours in a day, we make time for things we want -- people we want to see, activities we want to do, etc. The only thing getting in the way are excuses.

Have you ever been in a relationship and the other person dropped the "If you really wanted to see me, then you would make time" line? I know I have heard it several times in the past, and guess what? None of those relationships worked out because I didn't want to put in the effort.

The same applies to entrepreneurship. Want to start a business but you are working a nine-to-five? Get up earlier or stay up late -- if you want it bad enough you will make the time.

2. "There aren't enough opportunities for me."
If there are walls or barriers standing in your way you need to figure out how to get around them, or simply plow right through them. There is nothing easy about being an entrepreneur. There is never going to be a simple straight line from point A to point B.

Saying there aren't enough opportunities is an excuse that allows you to quit before you even start. Create your own opportunity -- figure out how to solve a problem and you can write your own ticket.

3. "I don't want to risk disapproval from family and friends."
You need thick skin to play this game and not let the opinions of others influence your decisions. If your friends aren't supportive, then you need new friends. While you can't get a new family, you can remove yourself from their negative energy.

I was lucky to have had very supportive parents growing up. My dad was my biggest support system when I was just starting out, and the reason I became an entrepreneur. He passed away several years ago, but still remains my number one source of motivation -- I bust my butt daily because I know how proud he would be.

The odds are very high that there will be family and friends telling you that the chances of succeeding are slim and that you should take a more secure or stable path -- ignore them. It's easy to agree with them because it gives you an easy way out. Use their disapproval as motivation and wake up each day hungry to prove them wrong.

You should never be content and always strive for more. I have been going to night runs lately, taking advantage of the cooler weather this time of the year in Miami. The other night while running I was paying attention to the cars driving by -- Phantom, Lamborghini, Ferrari, etc. -- all the exotics were well represented.

Now, material possessions like cars don't necessarily translate to happiness, but they do indicate one thing: the people driving them -- or the people that bought them -- were not content with average. Saying you are content is the equivalent of saying you don't want to work any harder.

It's as simple as that. You have to accept that fact that every entrepreneurial venture or opportunity comes with risk, and a lot of it.

Take a look at some of the most successful entrepreneurs and companies and you will see that there was always a lot of risk involved. Elon Musk received $180 million from the PayPal acquisition and he put $100 million in SpaceX, $70 million in Tesla and $10 million in Solar City.

He then had to borrow money for rent. Was he scared of the risks involved? Not a chance. Very few people would take $180 million dollars and roll it into new ventures -- they would be on a permanent vacation. The risk was well worth it, as Musk is worth about $21.5 billion today.