8 ways to deal with people that you don't like 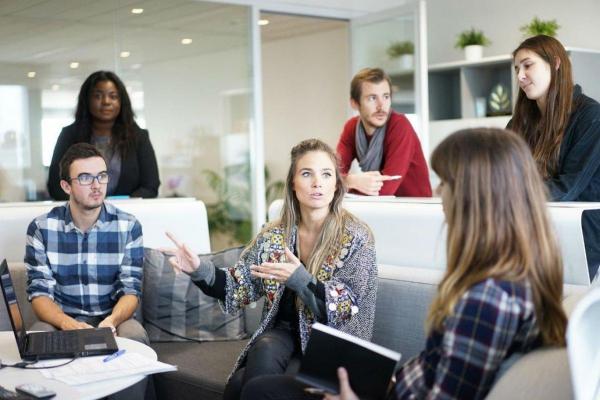 Unless you're a genetic anomaly, it's likely you will meet people you don't like throughout your lifetime.

Whether it's your mother-in-law or one of your colleagues, you're bound to come across someone you simply don't click with.

According to Deep Patel, author of the book A Paperboy's Fable: The 11 Principles of Success, it helps to remember nobody's perfect. That includes you.

In a blog post for Entrepreneur.com, Patel highlights some tips successful people use to deal with people they don't get along with. After all, it's unlikely you'll simply be able to avoid people you don't like â€” in fact, Patel argues if you restrict who you can work with, you are only limiting yourself.

Instead of burying your head in the sand, try and shift your perspective in the ways successful people do. Here are some tips.

1. Accept that you can't get on with everyone

As much as we hope to like everyone we meet, it often simply isn't the case. Patel says the first step to dealing with the people you don't click with is accepting nobody gets on with everyone, and that's okay. It doesn't mean you're a bad person, and it doesn't mean they are either (not necessarily, anyway.)

According to psychologist Dr Susan Krauss in a blog post on Psychology Today, it's likely that you and the person just aren't a good fit. Consultant and author Beverly D. Flaxington explains in another blog post on Psychology Today that our behavioural styles can get come between people. Some are dominant, whereas others are timid. Some people are optimists and others consider themselves "realists."

2. Try and put a positive spin on what they are saying

Krauss says you could try and look at how people are acting differently. Your in-laws might not have meant to imply that you aren't smart, and your co-worker may not actually be trying to sabotage you.

Even if the person you're having difficulty with is aggravating you on purpose, getting angry about it will probably just make you look bad. So try and give them the benefit of the doubt.

3. Be aware of your own emotions

Patel says it's important to remember your own emotions matter, but ultimately you alone have control over how you react to situations. People will only drive you crazy if you allow them to. So don't let your anger spin out of control.

If someone is rubbing you the wrong way, recognise those feelings and then let them go without engaging with the person. Sometimes just smiling and nodding will do the trick.

The key, Patel says, is in treating everyone you meet with the same level of respect. That doesn't mean you have to agree with a person you don't like or go along with what they say, but you should act civilised and be polite. In doing this, you can remain firm on your issues but not come across like you're attacking someone personally, which should give you the upper hand.

4. Don't take it personally and get some space

More often than not a disagreement is probably a misunderstanding. If not, and you really do fundamentally disagree with someone, then try and see it from their perspective.

Try not to overreact, because they may overreact in return, meaning things escalate quickly and fiercely. Try to rise above it all by focusing on facts, and try to ignore how the other person is reacting, no matter how ridiculous or irrational. Concentrate on the issue, Patel says, not the person.

If you need some space, take it. You're perfectly within your rights to establish boundaries and decide when you interact with someone. If you feel yourself getting worked up, take a time-out and get some breathing space. President of TalentSmart Dr. Travis Bradberry explains it simply in a post on LinkedIn: if they were smoking, would you sit there all afternoon inhaling the second-hand smoke? No, you'd move away and get some fresh air.

5. Express your feelings calmly and consider using a referee

Usually, the way we communicate is more important than what we actually say. If someone is repeatedly annoying you and it's leading to bigger problems, Patel says it's probably time to say something.

However, confrontation doesn't have to be aggressive. Patel recommends you use "I" statements, such as "I feel annoyed when you do this, so could you please do this instead." Being as specific as possible will make it more likely the person will take what you're saying on board. It will also give them a better opportunity to share their side of the story. 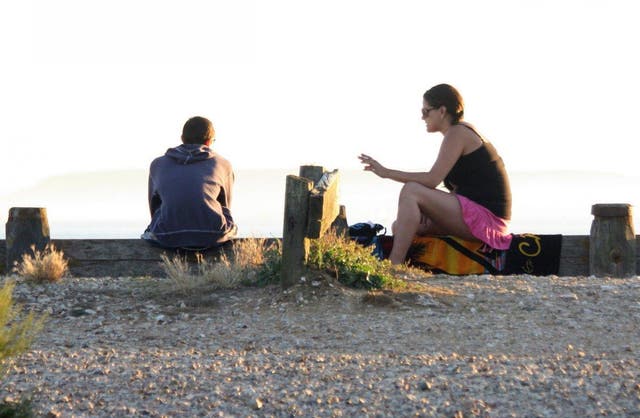 Krauss says it might be a good idea to use another person as a mediator in these discussions because they can bring a level of objectivity to a situation. You may not end up as friends, but you might find out a way to communicate and work together in an effective way. She says learning to work with people you find difficult is a very fulfilling experience, and it could become one more way of showing how well you overcome barriers.

Sometimes it might just be easier to let things go. Not everything is worth your time and attention. You have to ask yourself whether you really want to engage with the person, or your effort might be better spent just getting on with your work, or whatever else you're doing.

Patel says the best way to figure this out is weighing up whether the issue is situational. Will it go away in time, or could it get worse? If it's the latter, it might be better expending energy into sorting it out sooner or later. If it's just a matter of circumstance, you'll probably get over it fairly quickly.

If you find someone is constantly belittling you or focusing on your flaws, don't bite. The worst thing you can do is be defensive. Patel says this will only give them more power. Instead, turn the spotlight on them and start asking them probing questions, such as what in particular their problem is with what you're doing.

If they start bullying you, call them out on it. If they want you to treat them with respect, they have to earn it by being civil to you, too. Dr Berit Brogaard, a neuroscientist, explains in a blog post on Psychology Today that workplace gossip and bullying can be a method of power play, or a way of bullying others into submission.

If you want to be sneaky to get someone to agree with you, there are psychological tricks you can use. Research suggests you should speak faster when disagreeing with someone so they have less time to process what you're saying. If you think they might be agreeing with you, then slow down so they have time to take in your message.

8. Ultimately, remember you are in control of your own happiness

If someone is really getting on your nerves, it can be difficult to see the bigger picture. However, you should never let someone else limit your happiness or success.

If you're finding their comments are really getting to you, ask yourself why that is. Are you self-conscious about something, or are you anxious about something at work? If so, focus on this instead of listening to other people's complaints.

You alone have control over your feelings, so stop comparing yourself to anyone else. Instead, remind yourself of all your achievements, and don't let someone gain power over you just because they momentarily darken your day.