Almost 50% of women regret this part of their relationship 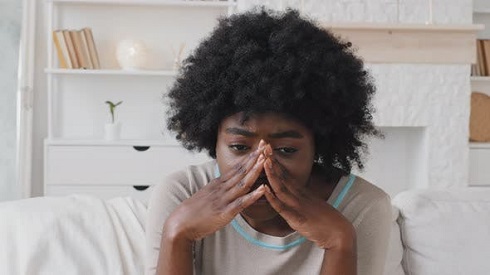 The one that got away. That missed connection. The almost-love match. If you’ve ever experienced romantic regret, you have a whole lot of company.

According to the New York Times, in 2011, researchers at Northwestern University and the University of Illinois at Urbana-Champaign surveyed 370 American adults, ages 19 to 103, about their biggest regrets in life.

What did the participants most wish for? A love do-over. Hey, don’t we all?

READ ALSO: My husband’s seemingly innocent text led me to discover he’d been cheating for years

Nearly half of all ladies polled, 44 percent, had romantic regrets, with only 19 percent of men claiming the same. Also, single guys and gals tended to dwell on their past heartaches more than those who had moved on to new, committed relationships.

Those who discussed their lost loves focused on that age-old topic: The one that got away.

“People did mention high school romances, the things that got away from them,” said Neal J. Roese, a psychologist, and professor at the Kellogg School of Management at Northwestern, who conducted the study.

Interestingly, those surveyed were equally split between regret for situations where they took action versus regret for scenarios where they failed to act. Those who felt remorse for not having worked harder to save their lost love tended to harbor the regret for significantly longer than those who regretted actions taken.

If you relate to the former category, Dr. Roese laid out a plan for the best way to get over those tough almosts and so-closes in your love life:

“Regret feels bad, but, on average, regret is a helpful emotion. The most helpful way to experience regret is to feel it deeply, get over it quickly, and move on and use it to push you to new behaviors that are going to be helpful.”

Use each romantic entanglement as a learning experience. Then, move on. “The one that got away” really means “The one that wasn’t meant to be.” And hey, that just means there’s someone better out there.

Of course, you deserve love, and one day you will find it. You just have to keep your eyes open because you will find love in the most unexpected place when you aren’t even looking.

Don’t settle for second best, because your soulmate is still out there getting ready to meet you.